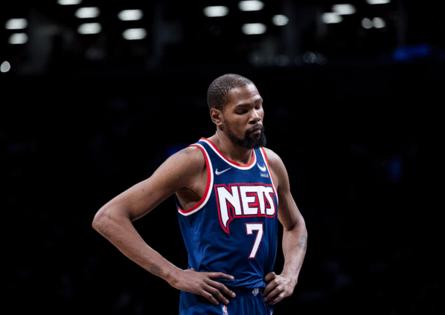 Tuesday stood as a day of juxtaposition for the Miami Heat. On a day Kevin Durant appeared more available than ever on the NBA trade market, the Heat disappeared from a pair of lists of potential suitors for the disgruntled Brooklyn Nets forward.

At least in the eyes of some of the wiseguys.

As they are wont to do amid such heavily publicized sports moments, a pair of offshore books updated their odds of potential landing spots for the 12-time All-Star.

The Heat were nowhere to be found.

SportsBetting.ag listed 12 possible landing spots for Durant, the day after a report from The Athletic of Durant insisting on regime change in Brooklyn for him to stay.

Those numbers represent a dramatic shift since Durant’s initial trade request on June 30, when ESPN reported that the Suns and Heat were his preferred landing spots.

Since that initial request, the Suns lost center Deandre Ayton as a possible trade chip, after he was re-signed by Phoenix as a restricted free agent and became ineligible to be dealt. In that same time frame, the South Florida Sun Sentinel confirmed that one high-ranking member of the Heat vetoed a potential Heat trade bid with center Bam Adebayo.

In the interim have come reports of a willingness by the Celtics to include former All-Star guard Jaylen Brown into a potential Durant trade package, the biggest name reported to have been offered for Durant.