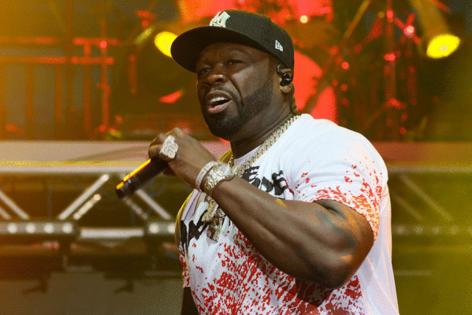 The Kings on Tuesday announced a multiyear partnership with Jackson, his premium wine and spirits company, Sire Spirits LLC, and his charity, the G-Unity Foundation.

“We are thrilled to partner with Curtis and bring Sire Spirits to Golden 1 Center for our fans and guests to enjoy,” Ranadive said in a news release. “This partnership continues the Kings commitment to supporting diverse entrepreneurs and aligns our shared passion for providing youth with the tools and opportunities they need to succeed. I am excited to work together to support the Sacramento community.”

Sire Spirits will become the official champagne and spirits partner for one of Golden 1 Center’s largest premium clubs, Rush, which serves courtside and season ticket members. Fans might even find Jackson in the club, which will feature a 500-bottle wall of his award-winning champagne Le Chemin du Roi, which is French for “The King’s Path.”

“I did this deal after meeting with Vivek Ranadive and learning how he and the entire Kings organization genuinely shares my philosophy of promoting conscious capitalism,” Jackson said. “I very much look forward to meeting the Kings fans and expanding the reach of my G-Unity Foundation and spirits brands in and around the city of Sacramento.”

As part of their partnership, Jackson’s G-Unity Foundation will team with the Sacramento Kings Foundation to “deeply invest” in Sacramento youth throughout the season, including providing scholarships as part of the team’s mentorship efforts, the Kings said.

The G-Unity Foundation, founded by Jackson in 2003, supports programs that foster social and leadership skills in young people across the nation. Later this week, the Kings said, the two foundations will host a dinner for Kings and Queen Rise Co-Ed Youth Sports and Mentoring League players and coaches. The event will feature a conversation between Jackson and Kings TV’s Kyle Draper, focusing on Jackson’s career path and the G Unity Foundation.

During the season, Jackson will host high school students for a Kings game in an exclusive suite; participate in a sweepstakes for a road trip meet and greet; and take part in an episode of “Beyond the Paint,” a Kings series that explores the cross section of sports, culture and social issues to share varying perspectives and experiences. Jackson will also work with the Kings to create live entertainment experiences at Golden 1 Center, the team said.