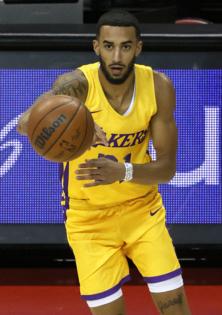 It’s a journey that includes attending two high schools — being ineligible to play at one — having zero scholarship offers, attending three junior colleges, living in a car, and going undrafted.

Yet, Queen has always found ways to weather through obstacles even when it would have been easy to give up.

“It’s all part of the process,” said the 25-year-old, who, on Friday, signed a two-year contract with the 76ers that is partially guaranteed for $300,000 next season.

“Some people don’t get to where they have to get until 30 years old,” he added. “Some people get it by 18. But for me, I’m into it for longevity. You know what I mean? I want to play 15 more years of the game.

But the 6-foot-6, 190-pound guard will definitely be remembered for what he’s overcome.

Now, he’s looking to display his skills as a Sixer. Queen didn’t participate in Saturday’s Sixers summer-league team scrimmages at the University of Utah because he arrived in Salt Lake City from Philadelphia that morning.

Kevin Durant has given Nets owner Joe Tsai an ultimatum: Tsai must decide between Durant, a 12-time All-Star universally regarded as one of the best basketball players in NBA history, and the pair of Brooklyn’s general ...Read More