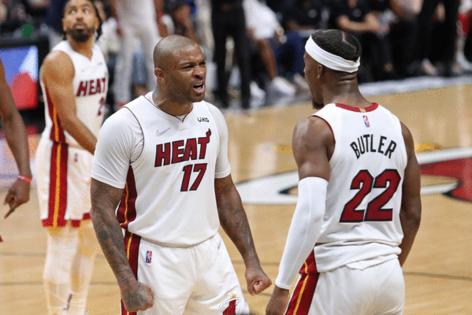 With the move that had been anticipated, Tucker formally bypassed the $7 million player option on the second year of the contract he negotiated to join the Heat in August.

A path to his rumored destination of the Philadelphia 76ers gained greater clarity Wednesday, with 76ers guard James Harden opting out of the final year of his contract.

With Harden a free agent, the 76ers are now able to work a restructured deal with the All-Star guard that would clear enough space under the NBA hard-cap to give Tucker the full $10.5 million mid-level exception, a number the Heat appear unwilling to match.

Also on Wednesday, long-time Heat trade target Bradley Beal opted out of the final year of his Washington Wizards contract. The expectation, however, is that Beal will next move forward with a max-level deal to remain in Washington.

Yahoo Sports reported Wednesday that the Heat are among the teams that will have an audience at Thursday’s start of NBA free agency with Dallas Mavericks guard Jalen Brunson.

The New York Knicks, who have been clearing salary-cap space, are considered front-runners for Brunson, whose father has been added by the team as a coach.

The Heat acquiring Brunson would require a sign-and-trade transaction, which seemingly would make such a move a long shot in light of the Heat’s preference not to move into a hard-capped situation.

It is not unusual for the Heat to meet with free agents as a means of gaining familiarity, with an eye on future moves.