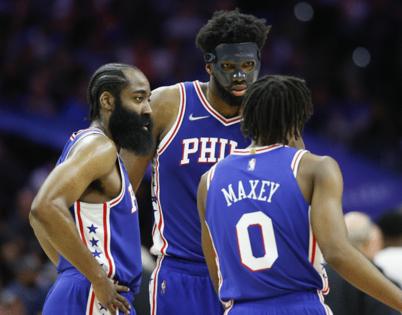 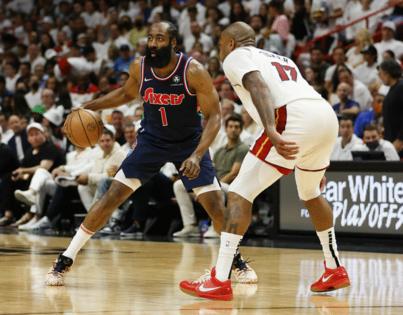 We probably should have seen this coming the whole time. If James Harden’s plan was to sign a contract extension with the Sixers, it always made the most sense for him to become a free agent first. The rational choice was always either/or: Harden exercises his $47.3 million option and plays out the year for the Sixers, or the two sides agree on a contract extension that lessens the Year 1 salary-cap hit and gives the team the financial flexibility it needs to accomplish its offseason goals.

The big question was whether Harden and the Sixers were as married to each other as both have indicated since the mid-February trade that landed him in Philly. Turns out, they are, according to multiple reports that say the future Hall of Famer has opted out and will momentarily become a free agent in order to sign a contract that, at the very least, allows the Sixers to use the full $10.3 million mid-level exception on a starter (P.J. Tucker, perhaps and the $4.3 million bi-annual exception on a bench piece) even before they figure out the futures of Matisse Thybulle and Tobias Harris.

The layman’s version of how all of this works is as follows. Had Harden exercised his $47.3 million player option, the Sixers would have been locked in to that amount on their salary-cap sheet for the 2022-23 season. Even if they’d subsequently signed him to an extension, it would not have lowered Harden’s cap hit for the upcoming season, and thus would have drastically limited the Sixers’ ability to sign a free agent like Tucker.

By opting out, Harden can now sign a new contract with a lower Year 1 salary, thus enabling the Sixers to remain below the hard cap of about $157 million that would be triggered by using the full mid-level exception that they’d need to sign Tucker (again, at the very least).

In short, if the Sixers were going to commit to multiple years of Harden, it only made sense to do it in this way. Say they value him at three years and $115 million. Harden opting in at $47.3 million doesn’t change that valuation. It just means that the contract extension is two years and $68 million. But if Harden has already opted in, what sense does it makes for the Sixers to take on the risk of guaranteeing $68 million rather than letting him play out 2022-23 and then reevaluating things at the end of the season?

In the latter scenario, Harden is the one taking on the bulk of the risk, given the physical decline we’ve seen over the last couple of seasons. If he is the same player this year as he was last year, there’s a very good chance that he has to settle for much less than two years and $68 million as a free agent.

In the end, this is what made the most sense for both sides, assuming both sides were comfortable with a multiyear commitment. But there are plenty more dominoes that could still fall. Let’s say Harden signs a contract with a $37 million cap hit for the upcoming season. That would put the Sixers in a position to sign Tucker for the full MLE, and add a veteran on the $4 million biannual exception and enter the season with a rotation of Harden, Tucker, Tyrese Maxey, Tobias Harris, Joel Embiid, De’Anthony Melton, Matisse Thybulle, Georges Niang, plus the veteran on the BAE.

Assuming they shed Furkan Korkmaz’s salary and fill the remaining roster spot with a veteran making the minimum, it would leave them with a payroll in the neighborhood of $154 million. It would also still leave them with plenty of flexibility to trade for another veteran. The combination of Thybulle, Korkmaz, and Niang would net them the ability to add a veteran making in the neighborhood of $15 million. And that’s assuming Harris’ $37.7 million salary stays.

One thing is clear: The Sixers have a plan. Harden’s opting out is just the first puzzle piece to reveal itself.