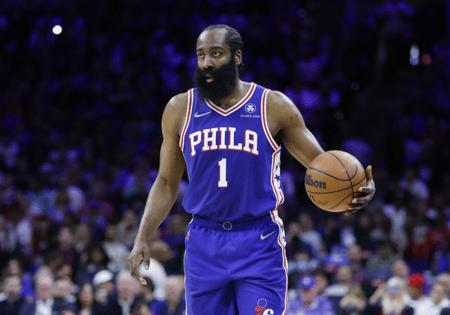 And on Wednesday, when the deadline to opt into his contract, the perennial All-NBA selection opted out of picking up his $47.36 million player option for the upcoming season.

Multiple sources have said the Sixers will sign Tucker to a three-year, $30 million contract in free agency.

If Harden picked up his option, he would have been eligible to sign a four-year, $233 million contract extension that would pay him $61.7 million in the 2026-27 season. However, sources said he would have signed a two-year extension for less than the maximum allowable salary.

Free agency will start at 6 p.m. on Thursday. Harden’s decision to opt into his contract could give the Sixers around $104.4 million in salary tied up with 12 players, which will now allow them to give Tucker the $10.3 million non-taxpayer mid-level exception.

If Harden picked up his option, the Sixers would have had to trade players for no to little salary in return in order to acquire Tucker. In that scenario, if the Sixers added a player via sign-and-trade this summer or used their $4.1 million biannual exception or the $10.3 million non-taxpayer mid-level exception (which was the best path for Tucker), they couldn’t go over the $156.9 million luxury-tax apron for next season.

But things are now in place for a Houston Rockets reunion in Philly with Tucker, Harden and Sixers president of basketball operations Daryl Morey.

Harden, 32, spent a little over eight seasons with the Rockets before forcing a trade to the Brooklyn Nets on Jan. 13, 2021. Tucker, 37, spent 3 1/2 seasons in Houston before being traded to Milwaukee at the 2021 trade deadline.

Some are questioning why the Sixers are invested in paying a player who would be 40 in the final year of his deal.

Despite his age, Tucker has a physical presence on defense and can guard multiple position while battling for rebounds. The 6-foot-5, 245-pounder can also extend his game beyond the three-point line while creating a matchup problem opposing post players as small-ball post player.

Sources have also indicated Morey intends to take care of him financially. Tucker was in line to get a contract extension during his final season with the Rockets but Morey left the organization before the season.

There were reports that the Rockets thought they were close to signing him a two-year extension for $17 million with $10 million guaranteed. The team balked on the extension after Tucker’s representation counter with a fully guaranteed two-year deal worth $24 million.

He felt unappreciated after discussions about a contract extension broke down. Sources said Morey felt bad after the situation and intends to take care of Tucker, a player who fulfills multiple needs for the Sixers.