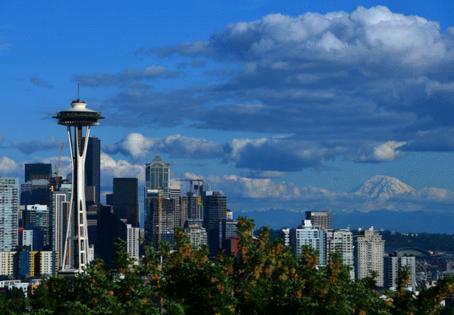 SEATTLE — While it isn’t the Sonics — at least not yet — two sources have confirmed a Los Angeles Times report Wednesday that NBA basketball will make its Climate Pledge Arena debut Oct. 3 in an exhibition game between the L.A. Clippers and Portland Trail Blazers.

A press conference is scheduled for Wednesday at Climate Pledge to announce the first NBA contest in this city since a similar October 2018 exhibition and comes amid increased talk of a Sonics rebirth. The Clippers are owned by longtime Seattle-area resident and former Microsoft CEO Steve Ballmer while the Trail Blazers are managed by Jody Allen, the Seattle-based sister of deceased Microsoft co-founder and team owner Paul Allen.

Plenty has changed since that prior Seattle exhibition game between the Golden State Warriors and Sacramento Kings served as the final event at what was then known as KeyArena.

That venue has since been overhauled into Climate Pledge for nearly $1.2 billion, with an entirely new interior built beneath a historically preserved, 44-million pound roof. Climate Pledge, home of the NHL’s Kraken and WNBA’s Storm, has also been specifically outfitted for NBA play with $50 million of interior features geared toward that league, lending somewhat of a showcase element to the upcoming preseason affair.

The NBA had long resisted talk of replacing the former Sonics franchise, which relocated to Oklahoma City in 2008. One of the major reasons for the team leaving was the inability of former Sonics owner Howard Schultz to acquire a new, tax-subsidized arena for his team to play in.

Schultz later sold the team to a group headed by Clay Bennett, who moved it to Oklahoma two years later under a new “Thunder” name. After nearly a decade of various groups jockeying to build a new arena within the greater Seattle region, former NBA executive Tim Leiweke and his Oak View Group won the rights to rebuild KeyArena beneath its roof in June 2017.

Leiweke has since maintained his goal is to have a reborn Sonics franchise playing in the arena, but cautioned that he can’t get ahead of league commissioner Adam Silver and other team owners. Silver had insisted for years the league wasn’t close to expanding, but opened the door to the possibility in December 2020 as his league grappled with reduced revenues caused by the COVID-19 pandemic.

NBA media personality Bill Simmons said on his podcast in February that he “had intel” the league is contemplating expansion and that Seattle and Las Vegas would be the two front-running candidates. Simmons speculated that NBA star LeBron James could be involved in owning a Las Vegas franchise.

Leiweke then announced a month later that OVG was building a new 20,000-seat arena in Las Vegas that could host an NBA team. In a phone interview at the time, he said both Climate Pledge and his forthcoming Las Vegas venue would be well positioned to accommodate expansion franchises.

“You more than anyone know we never get ahead of the commissioners,” Leiweke said. “The decision on if and when the NBA will expand is up to (commissioner) Adam (Silver) and the 30 team owners. But if those owners decide they want to expand, we believe Seattle will be in good shape with the arena there. And Las Vegas will be in very good shape as well with this project.”