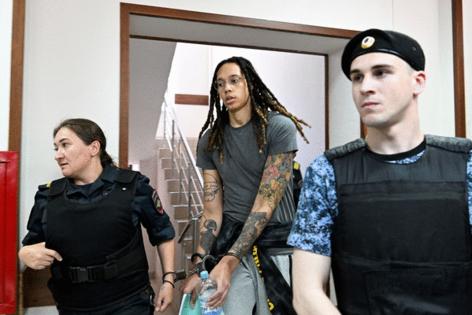 FORT WORTH, Texas — A prominent American remains detained in Russia because Brittney Griner is not as prominent as her supporters want to believe.

Because Brittney Griner plays in the WNBA, not the NBA.

Because Brittney Griner is a woman.

Since we’re being honest, it doesn’t help that Brittney Griner is gay, too.

Since Brittney Griner was a star at Baylor, she always stood out.

She is now stuck in the bizarre circumstance because she doesn’t stand out enough.

“This shows how women are fighting for equality and we still have to fight even when it’s an American stuck in a Russian jail,” said Arike Ogunbowale of the WNBA’s Dallas Wings in a recent interview. “If this is LeBron James or Steph Curry, they’d be home.”

Griner has been one of the top players in women’s basketball since she started at Baylor in 2009. She won an NCAA national title. She can dunk. She led Team USA to an Olympic gold medal.

That’s not enough currency, nor clout.