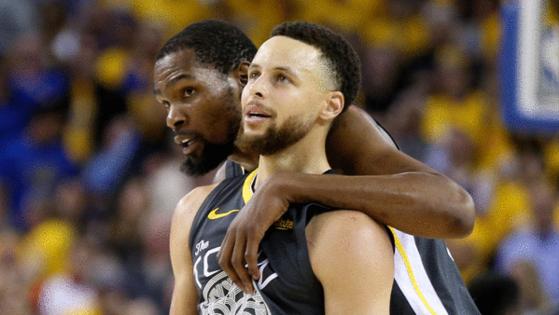 And because Irving has a player option for next year and could decide to leave this offseason, Durant is reportedly “seriously mulling his future options,” per Stadium.

One of those options is a return to the Golden State Warriors.

There aren’t many teams in the league that can make a reasonable trade for a player of Durant’s caliber, but the Dubs are one of them. They have big-money contracts to match Durant’s salary and young players that would make a deal somewhat worth Brooklyn’s time.

The notion of him returning to the Warriors is not a pipe dream. It could happen.

I just don’t see it going down.

Not only was there serious awkwardness (and that’s being generous) in Durant’s final year(s) in Golden State, but the Warriors’ title this season was the manifestation of the organization’s grand plan to win now and later.

I don’t think they’d give up on that plan now that they’re atop the NBA.

But that’s not to say they won’t discuss it, perhaps even with the Nets.