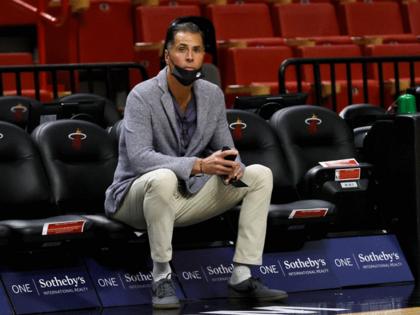 The Los Angeles Lakers took the first steps toward rebuilding their roster Thursday, trading into the NBA Draft and selecting Michigan State’s Max Christie with the No. 35 pick.

The team sent cash and a 2028 second-round pick to Orlando earlier in the day to acquire the pick. The pick will be the better of the Lakers’ or the Washington Wizards’ pick, which the team acquired last year in the Russell Westbrook trade.

Christie started in all 35 games he played for Michigan State last year, averaging 9.3 points. He was an All-American in high school in suburban Chicago.

In his one year at Michigan State, Christie struggled to consistently shoot, though he projects as a 3-and-D wing.