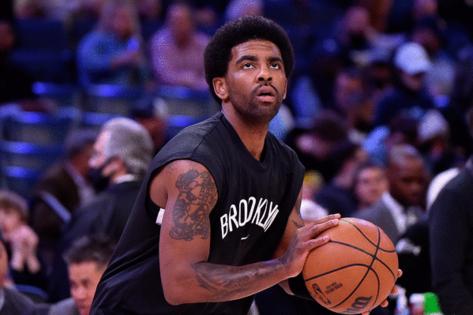 MIAMI — The Miami Heat have been here before, at the intersection of Kyrie Irving and the All-Star guard’s wandering eye for something different.

So after leaving the Cleveland Cavaliers for the Boston Celtics, and then the Celtics for the Brooklyn Nets, Irving now has been linked to several other NBA destinations, including the Heat.

At a contract crossroads that can have him opt out by month’s end on the $36.9 million on the final season of his Nets contract, or return and secure a massive extension, Irving’s saga took a twist ahead of Thursday’s NBA draft.

That is when ESPN’s Adrian Wojnarowski reported, “If Kyrie Irving can’t reach an agreement to stay with Brooklyn, he has a list of teams he’d like them to consider on sign-and-trades, including Lakers, Clippers, Knicks, Heat, Mavs and 76ers. None of those teams have cap space to sign him without Nets’ help.”

In order for the Heat to come within the necessary matching-salary range for Irving, it would require one of Kyle Lowry, Jimmy Butler or Bam Adebayo to be part of such a deal.

A package of Duncan Robinson and Tyler Herro would leave the Heat shy of the needed $27.7 million in outgoing salary, unless several smaller Heat salaries also are included.

Irving has had an uneven run with the Nets, to the degree that The Athletic reported on Thursday that Brooklyn forward Kevin Durant also could be rethinking his time with the Nets.

The Heat had been linked to Irving before he both moved on to the Celtics and the Nets.

During an ESPN appearance in 2017, Butler had mentioned Irving among the NBA players he most would want to play alongside. Those comments came while Butler was a member of the Chicago Bulls.