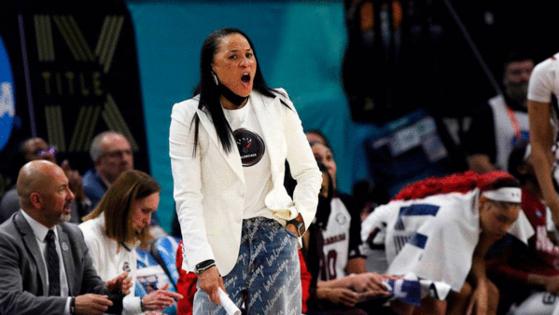 CHARLOTTE, N.C. — The Charlotte Hornets’ coaching search is a mess. The team fired James Borrego on April 22, got left at the altar by Golden State assistant Kenny Atkinson last week and has now been rudderless for two months.

But there’s a solution to all of that, and she’s only 90 miles down the road in Columbia:

Staley, who has won two NCAA women’s basketball championships at South Carolina and a bushel of gold medals in international play, would be an inspired choice to lead the Hornets as their head coach.

At 52, Staley is a leader, a former world-class point guard and a member of basketball’s Hall of Fame. She has deep Charlotte connections, having starred for the WNBA’s Charlotte Sting in the early 2000s back when that team was still around. And she wins, wherever she goes. For a Hornets team that hasn’t made the playoffs for six years, that’s significant.

You don’t make a hire for publicity, although it doesn’t hurt the cause. And in terms of obtaining national attention for a franchise that still struggles to get it, Michael Jordan couldn’t make a better choice outside of hiring himself. He won’t do it — Jordan was meeting with veteran NBA head coach Mike D’Antoni in person Tuesday, according to an ESPN report — but he should. When Staley did a Charlotte daily double in April by taking in a Charlotte FC and a Charlotte Hornets game on the same day, the ovation she received was deafening at both venues.

Let’s state the obvious: A woman will be an NBA head coach someday.

Most people would have bet it would be Becky Hammon, who was a San Antonio Spurs assistant coach for eight years and interviewed unsuccessfully for several NBA head-coaching jobs. But Hammon recently took a WNBA head-coaching job in Las Vegas, and my money is on Staley being the one to break that barrier.

“Dawn is Philly tough,” said her former WNBA teammate, Charlotte Smith. And that’s true. Only 5-foot-6, Staley dominated larger opponents for years on the court — first at the University of Virginia, then professionally and while winning three Olympic gold medals as a player (in 1996, 2000 and 2004). Her teams at both Temple and South Carolina have taken on her persona — hard-nosed, talented and smart.

NBA coaches are pulled in a lot of different directions, but Staley’s time-management skills are ridiculously good. While still the Charlotte Sting point guard in 2004, she also played for the U.S. Olympic team and coached Temple. Not as an assistant to bring name recognition — as the head coach.

I covered those Olympics for The Charlotte Observer, and remember that Staley was chosen by the 530 U.S. Olympians as the country’s flagbearer for the Opening Ceremonies. Can you imagine the respect you need to be picked for something like that?

“I was extremely nervous, but certainly proud that I had the honor of doing it,” she told me later. “It was exhilarating.”

Staley is also a pro at handling difficult situations. I covered a Sting game in 2004, just before those Olympics in Greece, and then-Charlotte mayor Pat McCrory was honoring Staley on “Olympian Sendoff” night. Three times in a row in a speech to thousands of fans, McCrory botched her name, calling her “Dawn Stanley.”

“It’s Staley! It’s Staley!” a number of fans started screaming by the third one.

But Staley handled the situation gracefully, simply giving McCrory a hug and not mentioning the mispronunciation.

“I saved him the embarrassment,” she said later.

She could save the Charlotte Hornets some embarrassment, too.