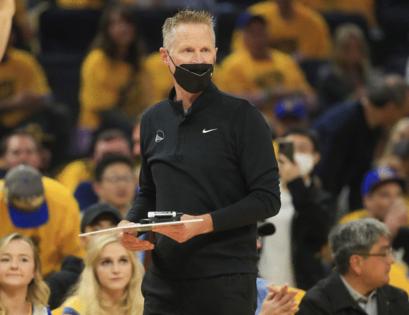 SAN FRANCISCO — Coaching in the NBA playoffs is anything but easy.

Just ask Warriors assistant coach Mike Brown, who stepped into the Warriors’ head coaching role when Steve Kerr was out with COVID during Golden State’s semifinal series with the Grizzlies.

“Steve, if you’re watching, get healthy quick,” Brown implored Kerr after Game 4 of that series.

It was half a well wish to his friend and colleague, and half a comically tinged cry for help. The Warriors did trail by as many as 55 points the following game.

In the regular season, head coaches can keep their eyes on the big picture. Every squad is “building for something” — though that something is oftentimes never declared, much less achieved.

But in the playoffs, that wide perspective must be maintained, all while every second must be managed.

In the postseason, the smallest decisions have big consequences — both good and bad — and there’s no quarter for the coaches who make those calls.

Yes, being a head coach in the NBA playoffs is often a thankless job.

But after the Warriors’ Game 2 win over the Dallas Mavericks in the Western Conference finals, it feels like an appropriate time for Warriors fans to send some thanks Kerr’s direction.

The Warriors have a 2-0 lead because of the great play of Steph Curry, Andrew Wiggins and Kevon Looney, yes, but credit must be given to Kerr, too, for pressing all the right buttons in this series.