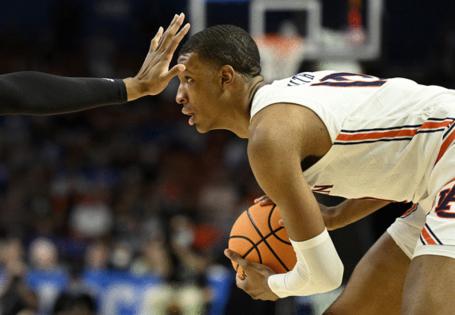 CHICAGO — It didn’t take long for the Orlando Magic’s draft lottery celebration to turn into speculation.

Moments after the Magic won the draft lottery Tuesday in Chicago, questions quickly started to surround Orlando, the winner of the No. 1 pick in the June 23 NBA draft.

What will be the Magic’s approach to having the top pick?

Will their philosophy during the scouting combine and predraft machinations change?

Are they drafting based on need?

Jeff Weltman, president of basketball operations, made it clear they’re not going into the process looking to draft based off need.

“It’s constantly adding the high basketball IQ, the competitiveness, the toughness, the fighter — the guy that’s willing to come in and work with this group of guys,” Mosley said. “Jeff and those guys do a phenomenal job of evaluating the talent, getting to know these guys over time and then we’ll go from there.”

Orlando has another month to decide what they’ll do with the No. 1 pick. Here are the three best fits for the Magic: