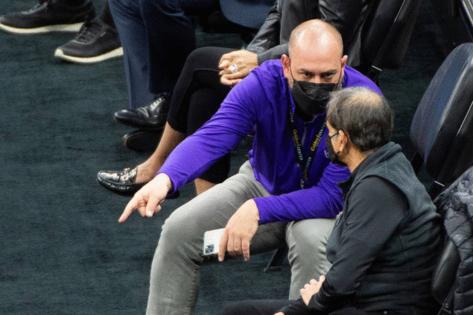 There’s an underlying theme of this spring’s ongoing NBA playoffs that might provides an important case study in roster building — something the Sacramento Kings should pay close attention to after they landed the No. 4 pick in the upcoming draft.

A number of the most important stars in the league are leading playoff runs, or have done so recently, for the team that drafted them.

Jayson Tatum, Giannis Antentokounmpo, Luka Doncic, Stephen Curry, Ja Morant, Nicola Jokic and Joel Embiid have all become stars for the teams that brought them into the NBA. Which is notable given the recent run the “player empowerment era” had when LeBron James and Kevin Durant dictated who would win championships based on the teams they decided to join for most of the last decade.

Recent playoff history points to the direction the Kings need to go when they make their selection June 23: draft a star.

Yeah, no kidding, idiot with a byline.

The Kings got lucky by landing pick No. 4. They entered the lottery with the seventh-worst record in the NBA meaning they had a 32% chance at landing a top-four selection. They might need to get lucky again, either by getting an elite prospect to fall to them, or identifying someone who ends up being better than where they get drafted.

It’s hardly a novel thought to say the Kings need to draft someone who could change the direction of the franchise. But it’s clearly their best avenue toward sustained success and ending their staggering 16-year playoff drought, the longest in NBA history. They can only get themselves out of the mud with talent on the floor and they have a real opportunity to land a player that could be part of the solution next month.

If they pick the right guy.

We know history says that’s a long shot. After all, Sacramento has to watch Doncic — a world-beater and arguably the best player remaining in the playoffs — take on the Warriors in the Western Conference Finals. Doncic dispatched the Suns (who had the best record in the NBA) with a historic beatdown in Sunday’s Game 7 of the conference semifinals. Perhaps Doncic would be doing it for Sacramento had the Kings not royally misread the 2018 draft (sorry).

But those are the stakes. It’s why the draft is so important.