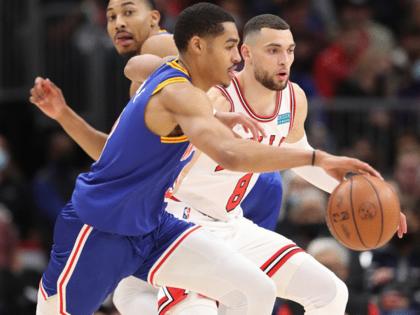 CHICAGO — With a little less than a month to go until the Feb. 10 NBA trade deadline, all is quiet on the Chicago Bulls’ front.

Coach Billy Donovan said Friday that he has had conversations with executive vice president of basketball operations Artūras Karnišovas and general manager Marc Eversley, but nothing appears imminent.

“I have not gotten into specifics as it relates to players, the trade deadline,” Donovan said. “His comment to me, Artūras, when we spoke, was ‘When we get closer to this we’ll fill you in.’

“I just didn’t get a sense there was much going on. The hard part of it is it has been hard for front offices to evaluate teams this season because teams have been in and out, and they haven’t been whole. … So I think Artūras is looking at all those things. But there’s been no (talk of) ‘Hey, we’ve got to do it right now.’ ”

Donovan said team chemistry must be considered when pondering any deals, and so far the front office likes what it has seen.

“With the chemistry being as good as it is you want to make sure whatever you’re doing ... continues,” he said.

The Bulls haven’t had their whole team together in a while because of injuries and COVID-19-related absences. The latest injury occurred roughly 3 1/2 minutes into Friday’s game against the Golden State Warriors when Zach LaVine exited with a left knee injury.

Without their star, the Bulls suffered their worst loss of the season, a 138-96 drubbing at the United Center.

The extent of LaVine’s injury was not immediately known, but LaVine walked off the court on his own. Donovan said LaVine felt the injury on an offensive rebound and would undergo an MRI on Friday night.

“He kind of came down a little funny,” Donovan said.