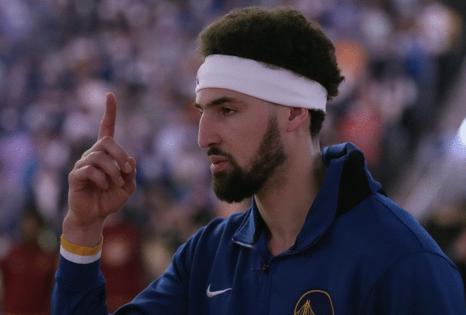 CHICAGO — Chicago Bulls fans attending Friday night’s game against the Golden State Warriors won’t be the only ones sorry to see Klay Thompson sitting on the bench.

Bulls center Nikola Vučević was hoping to play against his old friend, whose return this week from back-to-back knee and Achilles injuries that sidelined him for two-plus seasons is one of the more inspiring storylines this season.

“We came in the same (2011) draft and back then we were in the same agency, so we did a lot of predraft work together,” Vučević said Friday at the Advocate Center. “I know him quite well, I’m close to him. I’m really glad he got back to the court. He’s been looking really good, but I wish he was out there (tonight).”

Golden State coach Steve Kerr said Thursday night in Milwaukee that Thompson would be off against the Bulls in the second game of back-to-backs, so it’s not surprising as much as it’s disappointing.

“It’s been a while since I played against him,” Vučević. “But I’m happy he’s back and feeling good, and hopefully he can continue to build on that and get back to the old Klay we all know. It would be fun (to play) because we’ve already played them in Golden State, and who knows when we’ll play them again?”

That would only be in the 2022-23 season, unless, of course, the two teams meet in June in the NBA Finals, a scenario that’s not as improbable as it seemed at the start of the season.

Thompson has averaged 14.0 points in three games since returning last Sunday, playing 20 minutes a night as Kerr gradually brings him back from the long lay-off that began in Game 6 of the 2019 Finals when Thompson tore his left ACL. While rehabbing in November 2020, Thompson went down with a leg injury during a workout and later underwent surgery to repair a torn right Achilles.

Thompson’s return last Sunday in San Francisco after 941 days away, dubbed #KlayDay by the Warriors, was an emotional night at the Chase Center. He scored 17 points, including nine on three 3-pointers, in a win over the Cleveland Cavaliers, and also electrified the crowd with his first dunk.

“I’m proud of myself for persevering,” Thompson said afterwards. “It’s only up from here.”

The United Center is the home of one of Thompson’s greatest performances. He broke the NBA record with 14 3s on Oct. 29, 2018, passing the mark set by fellow “Splash Brother” Steph Curry in 2016 against the New Orleans Pelicans. Thompson broke Curry’s record despite playing only 27 minutes, finishing with 52 points in a 149-124 win over the Bulls that included a 92-point first half, the second most before halftime in NBA history.