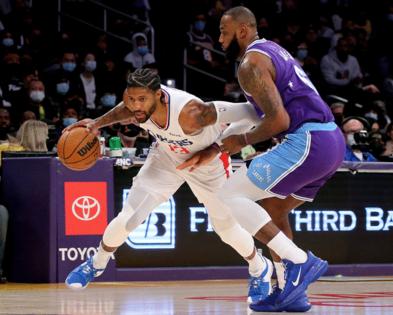 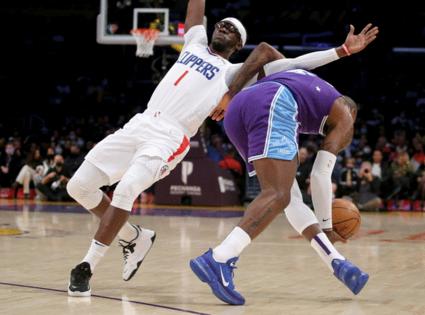 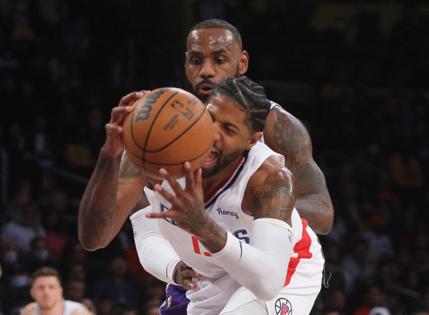 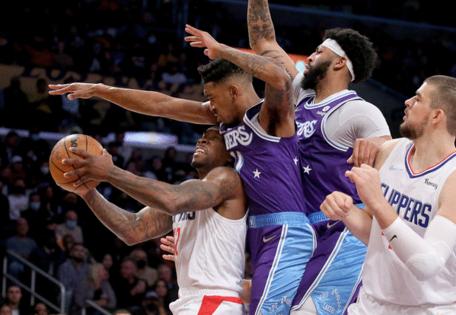 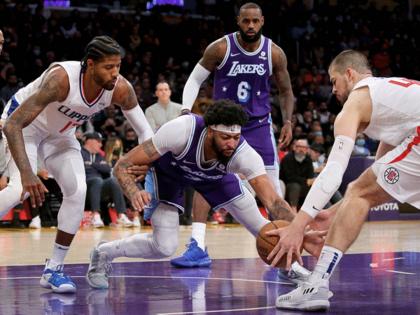 LOS ANGELES — They see it — Los Angeles Lakers coach Frank Vogel and star big man Anthony Davis predicting the Lakers are on the cusp of a long winning streak.

But the images on the court, the mistakes that plagued them in Friday’s 119-115 loss to the Los Angeles Clippers at Staples Center, have made it tough enough to win on any night, much less 10 in a row.

As the Lakers fought to grab their first lead early in the second half, LeBron James stood in front of the Lakers’ bench, his arms wide and his eyes too. He wanted the ball and Davis never saw him, instead trying to force a pass inside to Dwight Howard that the Clippers easily defended.

Minutes later on the defensive end, James sprinted from behind Paul George to try to force a steal, leaving Marcus Morris in the corner. Howard was slow to rotate and James was left sort of shrugging while the Clippers hit an open three. Davis later misjudged a touch pass to Malik Monk, with Reggie Jackson easily swiping it and taking it the other way, where Morris hit a three while being fouled by Talen Horton-Tucker.

And that was just the beginning.

Then, it was just defeat.

“We had our chances,” Davis said.

The Clippers celebrated on the Lakers court inside the arena they share, fighting off every possible comeback with a parade of better execution and timely shots and putting the finishing touches on a win in which the Lakers never led.

Morris and Luke Kennard found the gaps in the defense in the biggest moments, the two hitting huge shots to smother the last comeback attempts. The Clippers scored 68 points in the second half, with Morris and Kennard scoring 32 of their combined 40 points in the final two quarters.