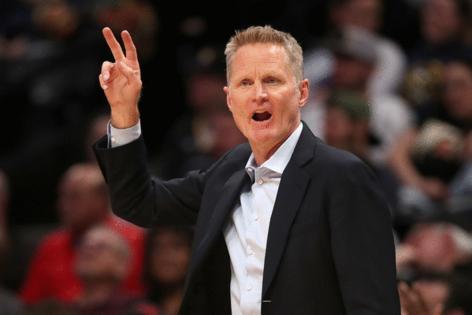 The two early heavyweights of the Western Conference split their early season series after the Warriors defeated the Suns 118-96 Friday night in a game Golden State led for the final 46 minutes of regulation. Five Warriors scored in double figures, led by 23 from Steph Curry in a bounce-back performance.

Here are some quick observations.

With a set of three plays in the first half, the Warriors showed they were in for a different night than a few days earlier.

With a crossover and a stepback, Curry put Landry Shamet on a yo-yo and drained his second of six 3-pointers, not so much in his defender’s face but a few feet from his outstretched arm.

Curry’s 8-for-20 performance from the field (6-of-11 from 3) will hardly go down as one of the all-time great shooting nights, but it was the improvement the Warriors needed from, statistically, one of the worst shooting nights of his career Tuesday (4-of-21, 19%).

It almost felt personal when Juan Toscano-Anderson soared over Javelle McGee for a poster-worthy throwdown shortly after, putting Golden State ahead 23-19 with 2:11 left in the opening period. The crowd erupted, and it fired up the Warriors, too. The hometown favorite finished with 17 points, a season-high, after he turned the ball over four times in their last meeting.

The slam spurred a run of four straight baskets at the end of the first quarter, allowing Golden State to build a lead that it never relinquished. The Warriors didn’t trail for the final 46 minutes of regulation, running their lead as large as 27 points.