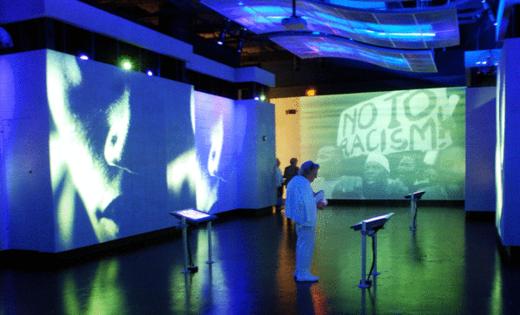 LEXINGTON, Ky. — The Unity Series will bring together the Kentucky and Southern basketball teams off the court as well as on.

In addition to Tuesday's game in Rupp Arena, UK and Southern plan to come together Sunday in Cincinnati and visit the National Underground Railroad Freedom Center.

The Baton Rouge-based Southern team will come from northern Ohio. The Jaguars are scheduled to play Akron on Saturday.

The UK team will come from Lexington.

"You want your team to know and you want all kids — both Black and white — to know about history," UK coach John Calipari said Thursday. "And that these are things you should know about our past."

Southern coach Sean Woods, who of course played for Kentucky in the early 1990s, said the tour of the Freedom Center could help players gain "a respect for how people before us paved the way and did life-challenging things" to improve the world.

When Southern opened the season by playing at Louisville on Nov. 9, the team spent three hours touring the Muhammad Ali Center.

"That wowed them," said Woods, who noted that players who are teenagers or in their early 20s can be unaware of events and people prior to their lifetimes. "Michael Jordan is almost irrelevant now to these young kids. You know Muhammad Ali is."

Besides the tour of the Freedom Center in Cincinnati, Calipari helped launch the "Unity Series," which will be five games over the next five seasons against teams from the Southwestern Athletic Conference. The game against Southern is the first.

"He just wants to give the SWAC an opportunity to play on a national stage against a national powerhouse," Woods said.