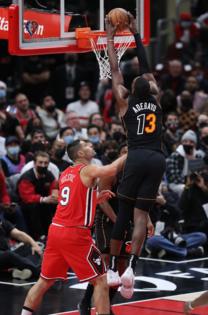 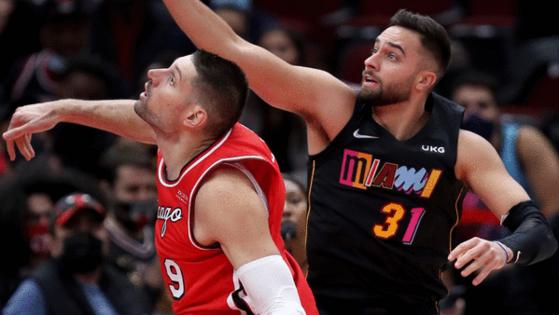 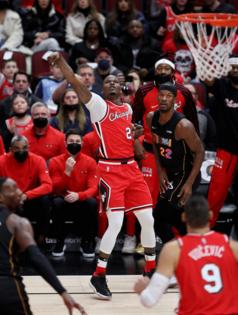 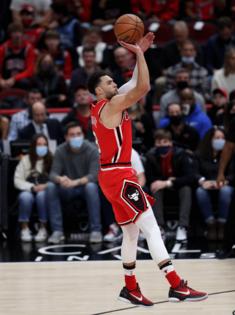 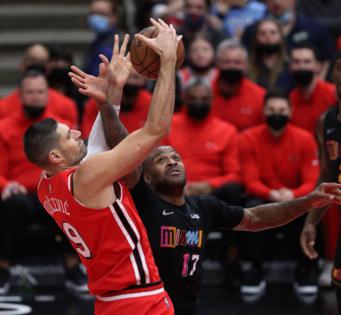 So while 2-2 might not have been the record of choice on the four-game, nine-day trip that had the team away for the holiday, Saturday night’s 107-104 victory over the Chicago Bulls at the United Center beat the alternative.

With supporting players stepping up before Kyle Lowry and Jimmy Butler helped close at the finish, the Heat again moved above .500 on the road and won on a night Tyler Herro was sidelined.

In was an ensemble effort that included both the unexpected and the needed. There were a season-high 20 points from Gabe Vincent, 19 points from Lowry, 18 from Butler, 16 from Duncan Robinson, 13 from Max Strus, and nine points, seven rebounds and six assists from Bam Adebayo.

Vincent was the key to closing time, with 16 of his points in the final period.

1. Closing time: The Bulls led 74-72 going into the fourth, which matched their largest lead to that stage, after the Heat previously had led by nine. The Heat shot just 7 of 24 in the third.

Vincent then scored 11 points early in the final period, but the Heat still found themselves only up 89-87 with 5:45 to play.

Off an ensuing timeout, the Heat then got a layup from Lowry and a season-high fifth steal from Butler to effectively put it away.