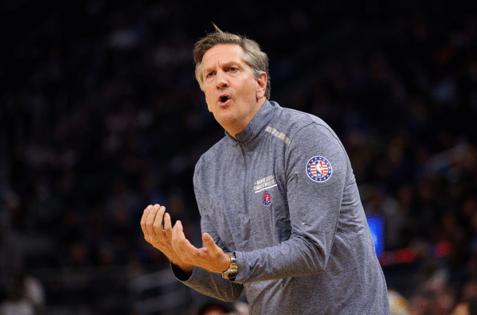 MINNEAPOLIS — There was a crowd. A real sellout crowd of 17,136 celebrating both Thanksgiving eve and the Timberwolves entering their game Wednesday at Target Center against Miami — and Jimmy Butler — on a four-game winning streak.

There was emotion. In a close game, late third quarter, double technicals on Butler and Anthony Edwards, the former grabbing the ball out of Edwards' hands after a traveling call, Edwards responding with a push in the back, then a standoff.

There was some very good basketball.

There was one of the most satisfying Wolves victory in recent memory, 113-101.

Edwards was fantastic. He scored 33 points with 14 rebounds and six assists. Off the bench, Malik Beasley scored 29. D'Angelo Russell, big down the stretch, finished with 20 points and six assists.

Put it all together and the Wolves (9-9) have their first five-game winning streak since 2018, when Butler was still playing here.

Five players scored in double figures for the Heat, led by Bam Adebayo (18) and Duncan Robinson (17).

This despite going without Karl-Anthony Towns for all but 4 1/2 minutes of the first half after he picked up three fouls. And without Patrick Beverley, who injured his groin in the first quarter and did not return.

In front of the enthusiastic crowd, the Wolves started strong and were ahead 11-10 when Towns picked up his third foul — a charge — with 7:37 left in the first quarter. He did not play again in the half.

Still, the Wolves built a lead as big as six points and still lead by three entering the second quarter.

But then they started that quarter making just one of 12 shots, fueling a 16-5 start for Miami that gave the Heat a 43-35 lead.

That lead grew as large as 12 points on two free throws by Butler with 3:43 left in the half. Edwards and Beasley — who both scored eight points in the quarter — tried to keep the Wolves close, but Miami still led 62-54 at halftime.

With Towns back in the lineup to start the second half — and with Edwards still rolling — the Wolves opened the third quarter on a 14-6 run to tie the game at 68 on Edwards' corner 3-pointer with 7:41 left in the corner.

Butler had consecutive baskets in a 9-2 Miami run that put them up 77-70. Then the Wolves scored seven straight, capped by an Edwards 3 with 3:25 left in the quarter, to tie the game again. Dewayne Dedmon ht two free throws, then Beasley hit a 3 with 1:55 left in the third to put the Wolves, on a 10-2 run, up a point.

In the final minute of the third quarter, with the Wolves up two, Edwards was called for traveling. Butler took the ball out of his hands, and Edwards pushed Butler in the back, leading to a standoff and, ultimately, double technicals.

It didn't stop the Wolves, who got a corner 3-pointer from Russell to go up 86-82 entering the fourth.