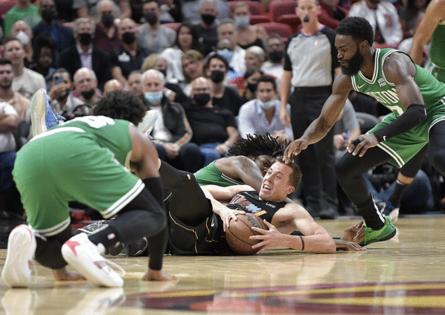 Duncan Robinson said he is not chasing records, but it appears as if the bruised right knee of the Miami Heat guard will allow him to do so anyway.

Sidelined for the balance of the game after leaving Saturday night’s loss to the Washington Wizards in the third quarter, the 3-point specialist, was back on the court for Monday’s practice at Georgetown University before the Heat departed for Tuesday night’s game against the Detroit Pistons.

“It feels pretty good. It feels alright,” Robinson said after practice. “Just a play in the paint, just kind of hit knees and came together with somebody. I think it was Brad Beal. But it feels all right.”

Robinson has appeared in 164 consecutive regular-season games, 10 from the franchise-record streak set by Glen Rice from 1992 to ‘94.

Robinson remained in the locker room for the balance of Saturday’s three-point loss at the start of the four-game trip.

“Obviously, it’s not a great feeling,” he said. “I want to be out there helping out in any way that I can, even if it’s just on the bench supporting. But I got back there, did some kind of tests.

“Ultimately, I’ve been fortunate that I haven’t had any sort of knee thing in my past, so the fact that it was that, we just kind of decided and got a recommendation that it was probably best to just kind of take it easy.”

He said neither an X-ray nor an MRI was required.

“I just woke up the next day, did some tests to see how it felt,” he said. “It was a little sore, which was expected. But it feels all right.”