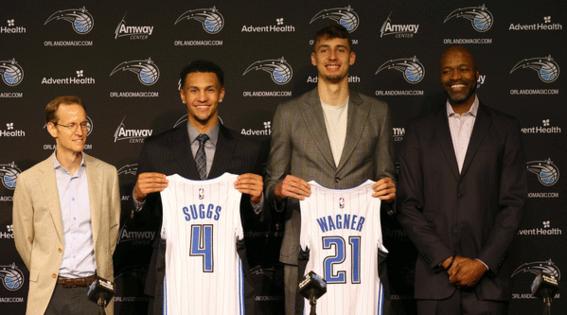 But it’s bigger than just that. This is a complete, jackhammer pounding, foundation-removing excavation of a proud franchise that has appeared in two NBA Finals yet only made the playoffs twice in the past nine seasons.

It will almost assuredly be 10 seasons once 2021-22 is complete. That, however, is not the goal today. The Magic are not looking to surpass the 21 victories of last season. They don’t necessarily have a goal of making the playoffs.

Goals set the scene for disappointment. This franchise wants no part of that. The Magic want to celebrate every stage of improvement they can, and the players on this youth-laden team will need all the positive reinforcement that can be mustered.

“We’ve said it from Day 1. It’s about us getting better every single day,” first-year head coach Jamahl Mosley said. “It’s about us playing hard. It’s about us coming together and working as a team every day.

“The results will absolutely take care of themselves if we do that. We’re not going to put a number on it versus us just coming to do the work every single day and getting better.”

It’s hard to fathom a team that would have a younger roster than that of the Magic, but Orlando’s average age of 24.7 years is only third youngest in the league ahead of Oklahoma City (23.5) and Memphis (23).

The Magic’s youngest players are 2021 draft lottery picks Jalen Suggs and Franz Wagner and second-year pro R.J. Hampton. All are 20.

The oldest Magic player is Robin Lopez, 33, and their most tenured player by games played is 30-year-old Terrence Ross, who has appeared in 244 games here.

The next most-tenured, however, might come as a surprise. Mo Bamba, drafted in 2018 and a career so injury-plagued that he’s never played a full season, is second with 155 games played just ahead of E’Twaun Moore in his second stint in Orlando (154) games, and the oft-injured Jonathan Isaac (136).