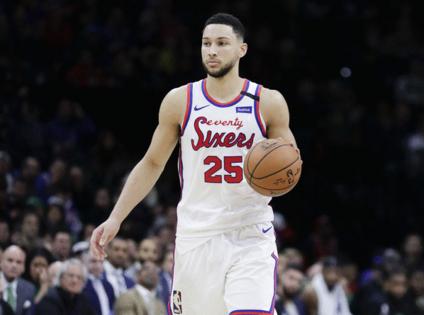 MINNEAPOLIS — The last time the Timberwolves were relevant, Jimmy Butler was leading them to 47 wins and a playoff berth in 2017-18 as the unquestioned best player on that team. Yes, better than Karl-Anthony Towns. Twice as good as Andrew Wiggins.

That brief window of relevancy slammed shut when Butler, unsatisfied after one year here, orchestrated a trade. The Wolves tried to make it work, but then things got VERY uncomfortable and they ended up trading him to the 76ers for three players who are not on the roster anymore and never appeared in a playoff game.

Since trading Butler, the Wolves are 74-131. Jimmy has been to the NBA Finals. So yeah.

And now, the escalating situation with Ben Simmons in Philadelphia feels like Butler all over again.

Whether it is a true Butler in reverse — with Simmons being traded to the Wolves in a leverage-heavy trade — remains to be seen.

Something like D'Angelo Russell, Malik Beasley and a couple of lightly protected first-round picks would be a reasonable — though not ideal to Philadelphia — swap. It would immediately add six or seven projected wins, per ESPN's Trade Machine, to this year's Wolves.

What I have come to believe is this: If the Wolves aren't able to pull off a deal for Simmons, they should be prepared to trade Karl-Anthony Towns in about 10 months.

Without a trade, the most likely outcome for this year's Wolves team is to miss the playoffs. That's what the betting markets say. That's what an honest assessment of the current roster suggests.

If the Wolves don't trade for Simmons and finish with around 33-35 wins, as projected, it would not be surprising to see Towns ask for a trade next summer when he would have two years left on his deal. That's how the NBA works.

From there, the Wolves would make a full pivot to the Anthony Edwards era — not a bad thing, but a tough thing to sell a fan base that has lived through a re-re-re-rebuild.

The Wolves could always organically improve this season without a Simmons trade. And/or Towns could see enough progress to want to stick around.

But even if you don't love Simmons, you should root for a trade to the Wolves if you love Towns.