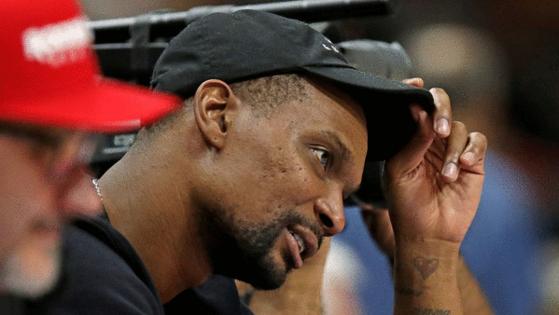 “Rebound Stoudemire! Back out to Allen! His 3-pointer . . . Bang! Tie game with five seconds remaining!”

The moment before Ray Allen’s franchise-altering 3-pointer against the San Antonio Spurs was a rebound by Chris Bosh that forever will live on in Miami Heat lore, one Breen so eloquently exclaimed.

So as Bosh prepared for Saturday’s induction into the Naismith Memorial Basketball Hall of Fame, he was asked about three moments in time that not only could have dramatically altered his career arc, but also the Heat’s trajectory the past two decades.

“Yeah,” Bosh said Thursday, “could have been a lot different.”

Different ... if Bosh bent to the persistence of the Chicago Bulls in 2010 free agency.

Different ... if Bosh had followed through with a perceived pledge to sign with the Houston Rockets in 2014 free agency.

Instead, a career highlighted by a Saturday enshrinement speech in Springfield, Mass., a career ultimately defined by the black, white and red of the Heat.