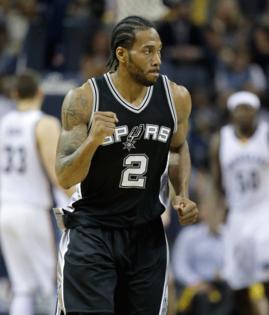 PHILADELPHIA — Ben Simmons and the 76ers seem destined to split. The Sixers have made the playoffs in each of his four seasons he’s played, but fans are growing impatient after Simmons averaged 9.9 points in 34.5 minutes against the Atlanta Hawks in the Eastern Conference semifinals.

Opinions are split on Simmons’ true value because he forces fans to weigh non-scoring contributions like defense, rebounding and passing. He excels in each category, but scoring is another story.

No matter how Simmons is viewed, it is rare that a player of his caliber becomes available via trade. He just turned 25, has made three consecutive All-Star Games and helped the Sixers make four consecutive playoff appearances.

Trade demands have grown more common in recent seasons with a larger emphasis placed on player freedom. Kawhi Leonard, Jimmy Butler, Anthony Davis, James Harden, and Kyrie Irving are recent examples. In each of those cases, the player’s former team got worse, which is something the Sixers are hoping to avoid as they prepare to build around Joel Embiid and Tobias Harris.

Here’s a closer look at those five recent All-Stars who have made trade demands, and how it worked out for the players and their former teams.

This may have been the most surprising trade demand in recent history. After a finals run with the Cleveland Cavaliers in 2017, Irving forced his way out after reports indicated he wanted to be more of a focal point and no longer wanted to play with LeBron James.

The trade: Cleveland honored the request by shipping Irving to the Boston Celtics for Isaiah Thomas, Jae Crowder, Ante Zizic, and a future first-round pick that turned into Collin Sexton.

Result: Irving left Boston after two seasons. He was injured during the Celtics’ Eastern Conference finals run, and they lost in the second round the following season. Cleveland returned to the NBA Finals in 2018 before hitting a rebuild after James’ departure. It has yet to return to prominence but Sexton has averaged 20.2 points in three seasons.