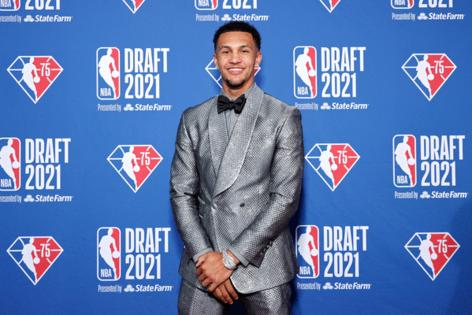 ORLANDO, Fla. — The Orlando Magic began their latest rebuilding phase Thursday night with Gonzaga point guard Jalen Suggs falling right in their laps at No. 5. They then turned around and snagged Michigan forward/center Franz Wagner at No. 8.

With their first pick in the 2021 NBA draft, the Orlando Magic found Suggs still sitting on the board when they were on the clock to make their No. 5 selection. Sticking with their intention to take the best available players, Orlando drafted the Gonzaga point guard to begin their rebuilding project.

Suggs was Gonzaga’s go-to player when the Zags needed a bucket during a season that saw the Zags lose just one game, the NCAA championship game to Baylor. His buzzer-beating 3-pointer in the national semifinals sent UCLA packing and pushed Gonzaga into their first-ever appearance in the national title game.

The Magic might have been thrown another NBA draft-night curve ball when FSU and Montverde Academy product Scottie Barnes was selected at No. 4 by the Toronto Raptors, but the selection of Suggs was a big hit with most draft experts.

Taking a look at players selected at those positions over the past five seasons doesn’t exactly scream optimism for a team looking to add immediate impact.

There was one exception, however, considering that 2018 produced two players the Magic would have loved to be sitting with right now. Trae Young went No. 5 to Atlanta that year and Collin Sexton went No. 8 to Cleveland.