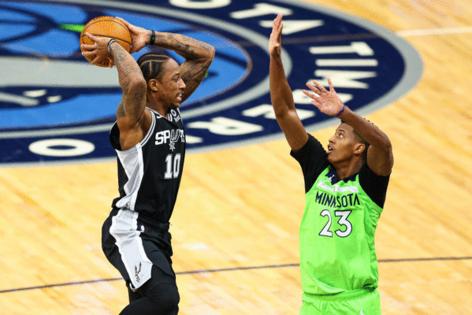 LOS ANGELES — Now that the 2020-21 NBA championship trophy resides in Milwaukee behind the standout performances by Bucks superstar Giannis Antetokounmpo, the rest of the league is in chase mode to see how they might be able to claim the crown next season.

Aside from a blockbuster trade, one way is for teams to use the free-agent market as a vehicle to seek major roster upgrades. Free agency opens Aug. 2.

The 2021 class of free agents is not considered strong, especially compared with the 2019 group that had Kevin Durant, Kawhi Leonard, Kyrie Irving and Jimmy Butler, all of whom opted out of the final year of their deals to change teams.

DeRozan, who starred at Compton High and USC, has interest in returning home to play for the Lakers, even if it is for less than the $27.7 million he earned last season in San Antonio, according to people not authorized to speak publicly on the matter.

Though the Lakers didn’t acquire Lowry at the trade deadline, he remains interested in joining them, according to people with knowledge of his situation.

If the Clippers’ Leonard and the Phoenix Suns’ Chris Paul elect to decline their player options and become free agents, they would make things much more interesting.

“Now, no one expects Paul or Leonard to leave their teams if they opt out, but you never know,” said another West executive. “But there has been enough noise about Paul going to the Knicks. So, one just never knows. And, honestly, that makes this fun. Stressing, but fun.”