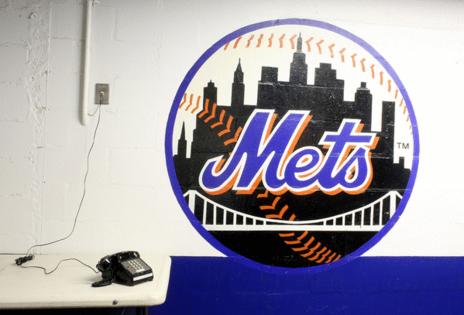 “It’s nice to get some some things in the rearview mirror, but my family, who is here, asked if I could get together tonight and they kind of sent like ‘lol’ after they sent the text because they know it’s not happening,” Mets general manager and San Diego native Billy Eppler said Wednesday afternoon after the conclusion of the meetings. “So I’m going to go upstairs and get to work. Stay working.”

The first in-person Winter Meetings since 2019 did not lack theatrics between the Yankees’ pursuit of Aaron Judge and the huge contracts handed out to pitchers like Taijuan Walker and Jameson Taillon. For the Mets, it was a chance to replace Jacob deGrom in the rotation and add some much-needed depth, as well as add to the bullpen.

The club’s biggest move of the week was its first one of the week, signing Justin Verlander to a two-year, $86 million contract with a vesting option for a third year. The deal was officially completed Wednesday.

“I’m extremely excited to add Justin, a pitcher that is decorated as he and is as accomplished as he is, to the front end of a rotation,” Eppler said. “That gives us quite a one-two punch [with Max Scherzer]. And we want to continue to add to that, but but adding Justin here was a very important step for us.”

The Mets closed out the meetings by adding free agent left-hander Jose Quintana, trading for left-handed reliever Brooks Raley and selecting right-hander Zach Greene from the Yankees in the Rule 5 Draft.

Greene posted a 9-0 record and a 3.42 ERA for Triple-A Scranton last season and Eppler expects him to compete for a bullpen role in spring training. As required by the draft, the Mets have to carry Greene on the 26-man roster for the season. In order to remove him from the roster, he would have to be placed on outright waivers. Should he clear, the Mets would have to offer him back to the Yankees for $50,000 (half the cost of the Rule 5 selection).

“Zach Greene has got a very interesting fastball,” Eppler said. “The way that it plays, it adds an element of perceived velocity to the hitter. So it’s not an exact look at the radar gun and then judge the fastball that way, it’s more of, let the hitters tell you if it’s a good fastball or not. And you it’s got some very interesting characteristics to it. That, and a pretty strong slider.”

Raley has always pitched well against left-handed hitters but improved his numbers against right-handers in 2022 with the Tampa Bay Rays.

“We’re happy with Brooks, he’s got a well above-average slider, he knows what he’s doing and he can pitch in some big spots,” Eppler said. “So that was a big ad for us the back end.”

Brandon Nimmo is still on the market, though that could change soon now that Judge has agreed to a contract with the Yankees. Judge had a direct effect on the outfield market and now that he’s off the board we may start to see some movement. The San Francisco Giants, the runners-up in the Judge sweepstakes, could pivot to an outfielder like Nimmo.

Even the Yankees, who have a need in left field and promised Judge they would build a championship team around him, could be players for Nimmo. The Yankees have struggled to find a true leadoff hitter to put in front of Judge or to keep one healthy. General manager Brian Cashman said he would love to have Andrew Benintendi back and the Mets have had some interest in him as well.

Over in Queens, the payroll is nearing the $300 million range, well past the $233 million range, and there is still work to be done. The Winter Meetings were a success, but the offseason is far from over.

“I think the biggest takeaway here is that [owner Steve Cohen] is committed to winning,” Eppler said. “He talked about that in his introductory press conference talked about that again last year when shortly after I got hired and we made some of those signings. That that commitment remains very evident to this day and the commitment that he and [his wife Alex] are making to the community, the fanbase, the city of New York is showing.”