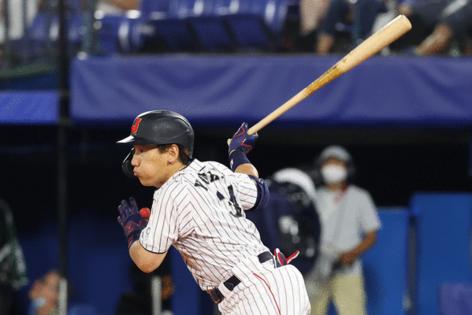 Masataka Yoshida, the Japanese star who has the best plate approach in Nippon Professional Baseball and should immediately slot into the top of the Red Sox batting order, agreed to sign with Boston on a contract that will pay him $90 million over the next five years, according to multiple reports on Wednesday evening.

The Red Sox will also have to pay Yoshida’s club, the Orix Buffaloes, a posting fee of more than $15 million, bringing the total commitment beyond $105 million.

With that, Yoshida is the most expensive position player ever to make the leap from Japan to MLB.

There’s no doubt that it’s a huge risk for the Red Sox, who have committed more than $100 million to only two different players in the last five years: Trevor Story and now Yoshida.

Yoshida earned it with a remarkable season for the Buffaloes in 2022, when he had a stunning .449 on-base percentage while walking 82 times to just 42 strikeouts, numbers unlike anything the Red Sox have seen since Dustin Pedroia and Kevin Youkilis were in their prime.

And while he doesn’t possess the power of Seiya Suzuki, who previously held the record for largest contract by a Japanese position player after the Cubs guaranteed him $85 million last year, Yoshida slugged a career-high 29 homers in 2019 and has averaged more than 20 home runs per season over the last five years.

He projects as an immediate leadoff hitter with gap-to-gap doubles power who should run into a handful of home runs, too. He’s not considered a great defensive player, which means he’ll probably take over in left field, but the Sox appear comfortable with Kiké Hernandez as their center fielder and, for the time being, Alex Verdugo in right field.

But as the offseason goes along, it wouldn’t surprise anybody to see the Sox find a trade for Verdugo, who has shown only flashes of elite potential without putting it together over a full season.

The Sox still need a right-handed power bat, which they’ve been craving after narrowly missing out on Jose Abreu, who signed with the Astros, and Mitch Hanniger, who signed with the Giants, but they now have Yoshida, Rafael Devers, Hernandez and Triston Casas who offer impact potential as left-handed hitters.