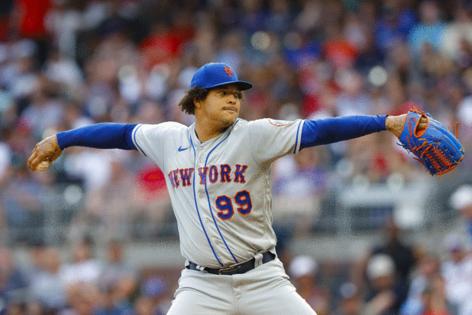 It’s been a whirlwind few days. The Phillies have added a superstar shortstop, a sturdy but uncertain No. 4 starter, and a potential late-innings reliever. They’ve done all this for a combined $53 million in 2022 payroll space. That doesn’t matter to a lot of people, but economics often don’t until you feel their effects firsthand. Really, price is the only way to evaluate a deal. The only world where it does not matter is one where the Phillies can spend infinite dollars and will end up with their top choice at every position. Granted, they might be closer to that than we think. But let’s look for some context anyway.

The Walker move is obviously the big one between the two pitchers. Heading into the offseason, the Phillies knew that they had the need and the ability to spend significant money on one starter. They also knew that the top of the market was not going to be a wise investment. Given the construction of their current roster and payroll, the Phillies’ best approach was to look for a guy who would consistently keep them in position to win games in which they scored four-plus runs. A typical middle-rotation guy.

They had a number of options, all of whom figured to be available for more than the $10 million that Kyle Gibson got from the Baltimore Orioles, with Walker’s four years and $72 million probably the top of that scale. Among them was Jameson Taillon, who went to the Chicago Cubs for four years and $68 million on Tuesday. The cream of the crop was Mets righty Chris Bassitt, but signing him would have required the Phillies to surrender a draft pick in addition to the one they will part with for signing Trea Turner. And there’s a decent chance that Bassitt’s contract ends up eclipsing Walker’s by a fair margin.

The question isn’t whether Walker is worth $18 million per season. It’s whether he was the best way for the Phillies to upgrade their pitching staff for $18 million. We can all agree that he is better than Gibson. Question is, how much better?

Of course, the big issue with Gibson was the number of times he walked off the mound having left the Phillies with little hope. In 2022, he allowed five-plus runs in nine starts, six-plus in six. He failed to make it through five innings in nine starts.

Walker was far more dependable, holding an opponent under five runs in all but two of his 29 starts. Of the five times he left a game before the end of the fifth inning, only two were because of performance. Twice, he exited with injuries. Once, was a pre-playoff tune-up.