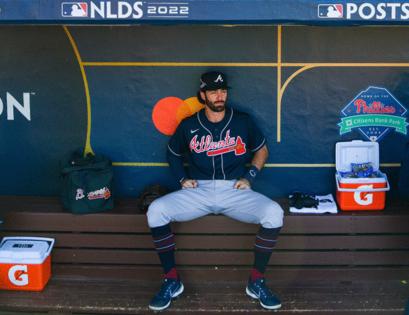 The Phillies committed $300 million to shortstop Trea Turner. The Mets are set to splurge on ace pitcher Justin Verlander. Meanwhile, the Braves have signed no free agents of note while their top priority, shortstop Dansby Swanson, remains on the market.

By now, we’re accustomed to the Mets and Phillies spending big on free agents while the Braves are linked to them but don’t sign them. (The latest rumor: Mets ace Jacob deGrom considered the Braves before signing with the Rangers). Then we watch the Braves make smaller, smarter deals before winning another National League East title as the Mets and Phillies get less bang for their buck.

That history is why it’s too early for Braves backers to worry about Swanson. Freddie Freeman ended up signing with the Dodgers before this past season, and everything turned out fine. Braves boss Alex Anthopoulos has earned every benefit of the doubt about his plans. It’s only December. MLB’s winter meetings just started.

Still, the Swanson situation feels different for a few reasons. The Braves don’t have an easy way to replace Swanson, their payroll is close to the luxury tax threshold and they aren’t the defending World Series champions. All that makes the big moves by the Mets and Phillies seem more threatening than usual.

The Braves were eliminated in their first round of the playoffs by the Phillies, who won the NL pennant and now have the second-best shortstop in the East. The Mets have the best one (Francisco Lindor) and filled the huge hole left by deGrom with Verlander, who is just as good when healthy. Meanwhile, the Braves have neither improved the roster nor filled the big hole at shortstop.

It’s possible Swanson won’t be back. Several teams are looking for a good shortstop. He ranks among the top four available, and there’s a big gap to the rest. None of the teams with good shortstops under contract seem to be looking to trade them.

Do the Braves pay Swanson like a top-tier shortstop based on his career profile of good glove, so-so bat? How much will his defense decline as he ages? There are other factors for Anthopoulos to consider, such as Swanson’s great fit in the clubhouse. I admittedly have a hard time with variables that can’t be measured. I just know that whatever intangibles are worth, production is worth more.

Anthopoulos doesn’t overpay for free agents (Marcell Ozuna being the regrettable exception). But the tricky thing with Swanson is there isn’t a clear fallback plan. That’s the risk of letting Swanson reach free agency. This is the second offseason in a row that has happened with an everyday Braves player.

Swanson isn’t as good as Freeman, whose worst seasons are better than any Swanson produced before 2022. But Anthopoulos had Plan B ready when he decided to drop out of the bidding for Freeman. He quickly moved on to acquire Matt Olson in a trade with the Athletics. Adam Duvall also was under contract as a Plan C.