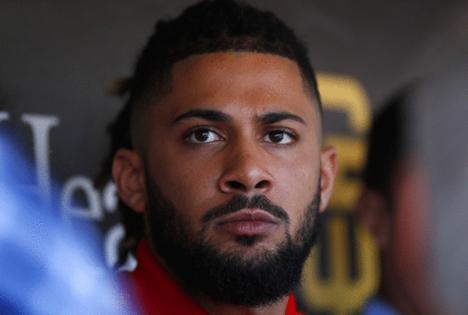 Nelson Cruz has been where Fernando Tatis Jr. finds himself, mired in the humiliating purgatory of a lengthy performance-enhancing drug suspension due to wreckage of his own making.

He's faced the boos, the uncomfortable stares, the unspoken words of wounded teammates. He's looked out at an uncertain, cratered road without a discernible horizon.

Cruz, double dipping as a player and GM for the Dominican Republic's World Baseball Classic team, understands that putting your head down while producing again and again and again represents tiny first steps.

It's just the beginning, though, of an unending journey to earn back as much credibility as the baseball world will allow.

"You have to do it the right way after that," Cruz told the Union-Tribune on Tuesday during Day 2 of the Winter Meetings at the Manchester Grand Hyatt. "Even when you're doing good, there's going to be a question mark about it. That's what it is. That's life. You make a mistake, you have to embrace it.

"To move on, you have to understand that people will have judgment about it. You can't control what other people think. You just try to keep moving forward."

In addition to missing 80 games for a failed PED test revealed in early August, Tatis must salve another self-induced wound piled atop an offseason motorcycle accident that fractured his wrist.

Tatis will not play for a loaded Dominican team that could include Padres stars Manny Machado and Juan Soto. Instead of pride pouring from his pores while representing heart and home, Tatis must square the fact that the 2023 tournament is a door he bolted shut himself.

It's another clear-as-crystal reminder that Tatis stands in the spotlight for far more than the man buttoning up the jersey. He stands for the Padres and the massive $340 million investment from an owner and GM dreaming of it all. He stands for a city that has waited generations for a transcendent talent to give it the championship that has eluded since a franchise was born.

Now, he will not stand for his country.