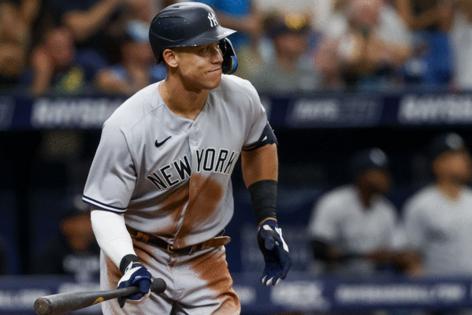 With the Winter Meetings happening in person for the first time since 2019, Major League Baseball’s executives got going right away on Monday.

Justin Verlander jumped to the Mets on a two-year, $86 million deal, marking two years in a row that the Mets lured a future Hall of Fame pitcher on the strength of Steve Cohen’s money. The Yankees, meanwhile, made their only news of the day on the front office side when they announced that Brian Cashman signed a four-year deal to return as the club’s general manager and senior vice president.

Day one of the Winter Meetings in San Diego showed that things are moving fast and furious, and the Yankees are connected — either from past employment or speculation about future ones — with several of the most coveted players. Their offer to Aaron Judge is reportedly in the eight-year, $300 million range, which may have to go up now that Trea Turner signed with Philadelphia for $300 million, though that money is spread over 11 years and Judge will command a higher average annual value than Turner’s $27.3 million.

Hearing such big numbers flying around is probably not what the Yankees had in mind. The game’s historic financial giants have balked at big free-agent contracts in recent years outside of the Gerrit Cole division. The Yankees were reportedly in conversations with Verlander but did not want to meet his understandably high asking price. Verlander is turning 40 years old in just over two months, meaning he’s justifiably trying to wring as much money as possible out of his remaining years, but also giving teams some reasonable pause about shelling out for someone with that much age on their body.

But with Verlander off the market now, if the Yankees do indeed want to add a frontline starter (which they should), all eyes turn to Carlos Rodon. The talk out of San Diego has connected the Yankees with the 29-year-old lefty, who is sure to get a sizable contract increase from the two-year, $44 million pact that brought him to San Francisco. That deal came with an opt out — which Rodon exercised to become a free agent after just one season with the Giants — but it seems the name of the game this winter is long-term stability.

Whether it was Jacob deGrom getting five years from the Texas Rangers or Turner signing with the Phillies for 11 years with a full no-trade clause, the stars of the game appear to be craving something permanent. Rodon has made it clear that he wants a six-year deal, and while he is now clearly the best pitcher available and can use that to his advantage, no free agent pitcher has gotten a six-year deal since Cole and Stephen Strasburg inked their mega deals at the 2019 Winter Meetings. One of those has led to three straight top ten Cy Young finishes. The other went to a guy who’s pitched just 31.1 innings since putting pen to paper. As always, pitchers are risky.

Still, the chatter has pointed to the Yankees being a top pursuer of Rodon, and they can much easier explain offering him a big lucrative deal than they could for Verlander, who is nearly a full decade older. Fans should feel great about a rotation featuring Cole, Rodon, Nestor Cortes and Luis Severino at the top, it’s just a matter of how Rodon feels about that and if the Yankees are willing to fork over enough cash and years of commitment to satiate him.

One member of last year’s rotation is getting some love as well. Jameson Taillon, now a free agent after two serviceable years in pinstripes, is gathering interest from several teams, per MLB.com. The Mets and Phillies, perhaps trying to one-up each other, have both been linked to Taillon. The Cubs and Orioles are said to be doing their due diligence as well.

With Frankie Montas under club control for the 2023 season, and both Clarke Schmidt and Domingo German waiting their turn for a spot in the rotation, the Yankees certainly do not need to prioritize Taillon, though his robust market shows that plenty of other teams might think the opposite. The Yankees did not extend Taillon a qualifying offer either, meaning they will not be compensated with a draft pick should he sign somewhere else, which now looks extremely likely.

Then there’s Andrew Benintendi, who many view as the second-most important piece of the Yankees’ offseason after Judge. He is reportedly being courted by the Mets and Astros, two teams that the Yankees have a great personal interest in triumphing over, and this week is the time to strike while most of the baseball world is holed up in San Diego. Other outfielders will draw attention as well (Bryan Reynolds as the top trade target, Brandon Nimmo as the top left-handed free agent) but Benintendi became a quick fan favorite while putting up 16 hits in his last 12 games before suffering a season-ending injury.

The familiar feelings of a real life Winter Meetings are back in full force, as rumors are swirling through the air and the world’s baseball-obsessed population is left refreshing their browsers hoping their favorite team did something. The Yankees don’t have any new players yet, but they also haven’t officially lost someone as important as deGrom (no offense to reliever Miguel Castro, the newest Arizona Diamondback), so things are California cool right now.

If the next few days aren’t as sunny, though, it could bring four more years of rain clouds yelling to fire Cashman.