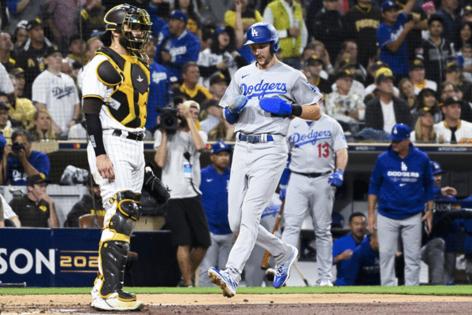 SAN DIEGO — Karl Keglovits got a phone call a few weeks ago from one of his former baseball teammates at North Carolina State, Johnny Piedmonte.

Piedmonte asked if Keglovits had heard the big news. He had not.

“It’s possible that Carlos and Trea end up in Philly,” Piedmonte said.

Keglovits could barely contain his excitement. Carlos — as in Carlos Rodón — and Trea — as in Trea Turner — had overlapped with Keglovits at N.C. State for two seasons. He’d closely followed their careers since, and now there was a chance they could play for his Phillies.

Keglovits was born and raised in Nazareth, Pa., and grew up going to games at Citizens Bank Park, watching Chase Utley, Ryan Howard, Jimmy Rollins, Cole Hamels, and Roy Halladay turn the Phillies into perennial winners. The idea of Turner and Rodón having a similar impact was tantalizing.

And the more he thought about it, the more it made sense. Both free agents, who are in high demand as baseball’s winter meetings opened Sunday in San Diego, would fill the Phillies’ two main needs. Turner is an All-Star shortstop who hits with some power, can get on base, and makes the most of getting on base, stealing 27 bases for the Dodgers this past season. And Rodón is an All-Star starter who is coming off of a career year with the Giants, posting a 2.88 ERA with 237 strikeouts in 178 innings.

But Keglovits knew, from personal experience, that the addition of Rodón and Turner would provide far more than a workhouse on the mound and some pop in the lineup. When he was a freshman in 2013, he watched as the sophomore shortstop and pitcher — who were best friends and roommates — led N.C. State to its first College World Series appearance since 1968.

Together, they brought a blend of levity and accountability and an insatiable desire to win. One Halloween, Turner showed up to practice dressed up as Rodón, stuffing pillows underneath his jersey to mimic the pitcher’s physique. His teammates got a good laugh out of that. Rodón, in his quest to become a two-way player, would often take batting practice. His teammates got a laugh out of that, too.

But there were also days when Turner and Rodón set a more serious tone.

“They’d get on you anytime you wanted to take a shortcut,” Keglovits said. “Even during running drills. We’d be doing suicides, and if a player didn’t reach the line, they’d be like, ‘If you’re taking shortcuts now, what are you going to do when game time comes around?’ They gave us a healthy push when we needed it.”