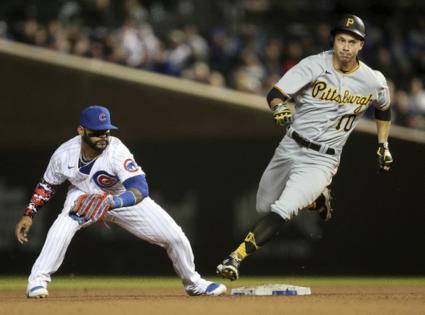 SAN DIEGO — Bryan Reynolds remains under contractual control through the 2025 season, but it's hard to see him remaining a Pirate for that long.

In fact, after Saturday's news that Reynolds wants to be traded, it's honestly hard to see the All-Star outfielder returning in 2024.

The Pirates issued a statement Saturday saying essentially they weren't going to immediately move Reynolds, and they certainly don't have to. But think about this situation from a couple different perspectives.

Right or wrong, Reynolds clearly doesn't think he's going to be paid what he's worth while playing in Pittsburgh. And whether the trade demand should be interpreted as a business ripcord Reynolds pulled versus his unhappiness is something we may never know.

Reynolds has said repeatedly how much he likes it here. What happened Saturday obviously says otherwise. It would also be foolish to not point out that money was a factor.

The weird thing here is that a trade may actually be the best path forward here for both parties, provided Pirates general manager Ben Cherington winds up with a deal that legitimately helps his team now and in future years.

With the Red Sox, Yankees, Padres, Mariners, Marlins, Astros and Braves all having some sort of link to Reynolds over the past couple years — usually expressing interest and cursory conversations about a potential deal — Cherington should not be short on options, especially not now.

If the right deal comes along, cool. If he has to wait until the trade deadline, also not terrible. But if you're Cherington, the trick here is maximizing return on a player that he technically does not have to move.

Yet if you're occupying space in the Pirates clubhouse, isn't it weird to have your best player just there ... when the entire world knows he doesn't really want to be? As likable as Reynolds might be, it's hard to see how Ke'Bryan Hayes or David Bednar can just ignore that sort of elephant and go play ball.