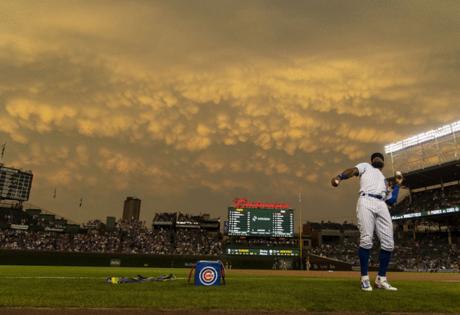 The winter meetings should be a hectic time for Jed Hoyer and Rick Hahn, the two men consigned with the task of making baseball in Chicago relevant again.

Hoyer, the Cubs president, and Hahn, the White Sox general manager, are fortunate enough to have the complete support of their respective owners and have been around long enough to know what they do this week in San Diego will make an immediate impression on their fans, for better or worse.

If they don’t make make any significant moves to bolster their rosters, they’ll be judged harshly. If they make a splash, they’ll be lauded for their effort.

But sometimes a splash can turn into a albatross, as the Sox discovered after signing catcher Yasmani Grandal and starter Dallas Keuchel to multiyear deals three winters ago and the Cubs learned when they signed Jason Heyward to an eight-year, $184 million deal in 2015.

The Sox waived Keuchel in May in the third year of his contract but probably are struck with Grandal in 2023, the final year of his four-year, $73 million deal. The Cubs opted to release Heyward last month with $22 million remaining on his contract.

All three moves were hailed at the time. But while Heyward did help the Cubs earn a World Series ring in 2016 and Grandal and Keuchel both performed well enough during the Sox’s postseason run in 2020, the contracts ultimately were deemed excessive.

They certainly aren’t the first free agents to underperform, and this year’s free-agent class undoubtedly will have a few players who also don’t live up to expectations. That has been a part of sports since the advent of free agency.

But that shouldn’t prevent Hoyer or Hahn from rolling the dice on someone whose upside can make a difference between competing in 2023 or just drifting aimlessly through another season. To do nothing would be a signal to fans that the status quo is acceptable. We’re all eyewitnesses, and asking everyone to ignore what happened would be a grave mistake for both executives.

I really can’t remember a more important offseason for either team.

On both sides of town fans believe their steadfast loyalty has been taken for granted. The 2022 season left scars that won’t easily heal.