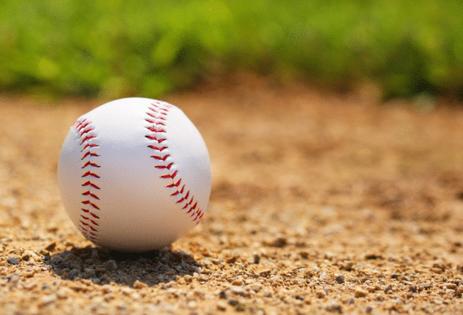 Some are lucky enough to make it all the way to the professional ranks, collecting a fortune along the way. Others max out in college, while an overwhelming majority give up their game during childhood, the iron curtain of adulthood separating them from competitive sports once and for all.

For Olivia Pichardo, a freshman walk-on at Brown University who last month became the first woman ever named to an active NCAA Division I varsity baseball roster, even some of the people who watched her closest thought that she’d reached the end of her rope in high school.

“My dad actually told me about an old coach of mine who made a comment in my senior year of high school. He said, ‘Oh, well that was a good run,’ ” Pichardo told the New York Daily News, highlighting her former coach’s use of the past tense.

“He apparently said that to me, but I have zero recollection of that. I must be the type to block it out.”

Pichardo, a left-handed hitter and right-handed thrower who hails from Queens, was a standout pitcher and hitter on the youth baseball circuit. But as she was making a name for herself with a coiling swing and vicious 12-6 curveball, there were, predictably, some naysayers along the way. The graduate of Garden School in Jackson Heights says that her haters took many forms, but were rarely brave enough to say anything to her face, lest they get embarrassed during their next at-bat.

“There were a few instances that I remember, it’s not just one moment,” she said while trying to recall any of the comments that have fueled her. “It’s always been microaggressions, not full on ‘there’s no way you can do this.’ But I’ve never shown them that I can’t keep up. I’ve always been able to compete at every level. Nobody has flat out told me that I’m not fit for baseball before because I’ve always established that wherever I played.”

That included Forest Hills Little League, the travel baseball scene, collegiate prospect camps and the World Comes to Palm Beaches tournament in Florida, where her all-girl team took the gold medal in an international tournament against all boys. Pichardo thinks winning that tournament during her sophomore year of high school and getting to test her mettle against teams from Venezuela, Puerto Rico and around the world was one of the instances where she thought she may have a future in baseball beyond high school graduation.

While it was becoming clear that Pichardo was one of the best players on the field wherever she went, people kept trying to tear her down, perhaps because they felt threatened, or because they just could not accept that they were being schooled by a girl.

“Just random chirps that I might hear from opponents as I’m walking up to the mound,” Pichardo said. “Inappropriate things that I’m not going to say here.”