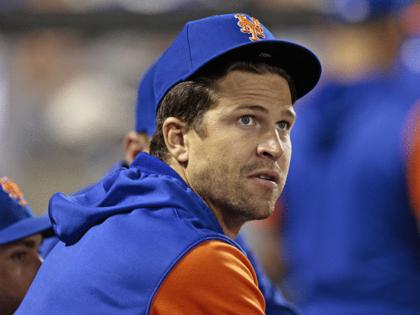 Free agent pitcher Jacob deGrom has agreed to a five-year deal with the Texas Rangers.

The Rangers announced the signing Friday night and said a press conference to introduce deGrom would be held at Globe Life Field after the Winter Meetings, which are Sunday through Wednesday in San Diego.

The Rangers did not disclose terms, but Jeff Passan of ESPN reported the deal is for $185 million with a conditional sixth-year option that would take total to $222 million.

DeGrom, a right hander, has spent his entire career with the New York Mets. He won the National League Cy Young Award in 2018 and 2019. A four-time All Star, he won the Rookie of the Year in 2014, joining Justin Verlander and Tom Seaver as the only pitchers to win multiple Cy Youngs and Rookie of the Year honors.

“We are thrilled that Jacob deGrom has decided to become a Texas Ranger,” Rangers Executive Vice President and general manager Chris Young said in a statement. “Over a number of seasons, Jacob has been a standout major league pitcher, and he gives us a dominant performer at the top of our rotation. One of our primary goals this offseason is to strengthen our starting pitching, and we are adding one of the best.”

DeGrom, 34, missed the first four months of the season with a shoulder injury. He returned in August and went 5-4 with a 3.08 ERA.

He has averaged 10.91 strikeouts per nine innings, the second-best in history among pitchers with at least 1,300 innings.

A year ago, the Rangers spent $500 million for shortstop Corey Seager and second baseman Marcus Semien.

This offseason the Rangers hired Bruce Bochy as manager and brought back Mike Maddux as pitching coach, who was with the club from 2009-15, when the Rangers reached the playoffs four times, including the World Series in 2010 and 2011.