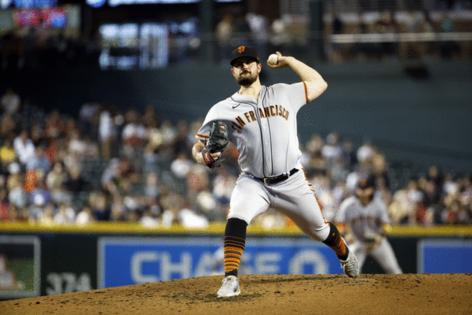 PHILADELPHIA — Years ago, before John Middleton became the face of the Phillies’ ownership group, Jimmy Rollins equated him with George Steinbrenner. It’s a comparison that Middleton never minded. Because the late Yankees owner was notoriously obsessed with winning, a trait that is admirable to a former college wrestler-turned-billionaire baseball owner.

The Phillies targeted Bryce Harper in the 2018-19 offseason and outbid everyone. Same with Zack Wheeler a year later, J.T. Realmuto the year after that, and Kyle Schwarber and Nick Castellanos eight months ago. Since 2018, they have spent more than $1 billion on free agents. Middleton pushed the payroll over the $230 million luxury-tax threshold this year. After coming within two wins of a World Series title, want to bet he’ll do it again?

So, as the Phillies hunt for a shortstop — two rival officials said this week they continue to believe president of baseball operations Dave Dombrowski will put on a full-court press for Trea Turner — there’s little reason to doubt that they will land one, especially now that they know Harper will miss at least the first few months of the season while recovering from Tommy John elbow surgery.

But what if they don’t?

Because for all of Middleton’s high rolling and Dombrowski’s typical decisiveness in navigating the market, free agency can be unpredictable. And although there are four marquee free-agent shortstops (Turner, Carlos Correa, Xander Bogaerts, and Dansby Swanson), there may be as many as 10 teams in the bidding. When the music stops, several shortstop-needy teams will be standing around.

It’s crucial, then, to have Plan B, Plan C, and Plan D, especially with activity due to pick up at the winter meetings next week in San Diego. Let’s look at a few potential contingency plans on the off chance that Middleton and Dombrowski come up empty in their shortstop pursuit.

The Phillies aren’t planning to play at the top of the starting pitching market, which rules out Jacob deGrom and Justin Verlander. They appear to be focused more on mid-rotation starters. Think of José Quintana, Taijuan Walker, Nathan Eovaldi, or a reunion with Eflin.