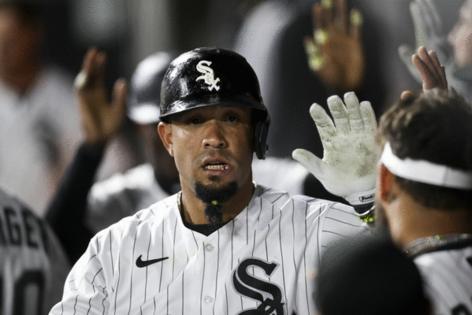 Abreu issued a statement through White Sox public relations that morning, explaining he asked interim manager Miguel Cairo for the day off “to enjoy this game with him and have the manager’s perspective.” He then sat at the opposite end of the dugout from Cairo during a 10-1 loss to the Minnesota Twins.

Abreu didn’t want a long goodbye, so he left without any send-off from the Sox organization or the team’s fans. No standing ovations. Not even so much as a wave. What he was thinking that day was anyone’s guess, and he didn’t speak afterward.

The low-key departure was a little odd for a player of Abreu’s stature on the South Side. And the decision to avoid unwanted attention was made even more glaring by the nonstop goodbyes Willson Contreras received in his final three months as a Chicago Cub.

But that truly was the end, as we learned Monday.

Sources confirmed to the Tribune a USA Today report that Abreu agreed to a three-year deal with the World Series champion Houston Astros, which was neither surprising nor worthy of teeth-gnashing from upset Sox fans.

Everyone seemed to agree it was time to go, except perhaps for Abreu. He soon will find there’s life outside the South Side and no doubt will get his “welcome back” salute next year at Sox Park.

General manager Rick Hahn, who drafted Andrew Vaughn in 2019 to eventually take Abreu’s place, had no choice but to move on from the veteran with Vaughn so miscast in the outfield. Another year of watching Vaughn attempt to play left or right field would’ve been a disaster for a team that desperately needs to improve defensively to become a legitimate contender.

Vaughn remains an unproven hitter in spite of what was considered a breakthrough season. After a hot first half in which he hit .301 with an .819 OPS, he dropped to .234 in the second half with a .666 OPS. If that’s what the Sox get in 2023, they’re in trouble. Abreu posted an .860 OPS over nine seasons. Those are big shoes to fill.

The designated hitter spot also wasn’t suited for Abreu, who prefers to be in the field and started only 199 games at DH, about 22 per season. Even that was too many for him, and three Sox managers — Robin Ventura, Rick Renteria and Tony La Russa — appeased Abreu by refusing to make him even a part-time DH.