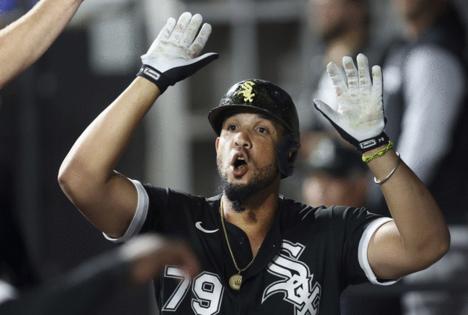 “That pitch was right there, so I have to take advantage of it,” Abreu told reporters through an interpreter after the game.

The first baseman has been a consistent offensive force ever since.

The 2020 American League MVP and three-time All-Star is on the move to the Houston Astros. He’s expected to sign a three-year deal, according to USA Today’s Bob Nightengale, who had the initial report Monday.

Abreu’s departure puts Andrew Vaughn in line to play first base for the Sox.

The Sox open the 2023 season in Houston. In Abreu, the reigning World Series champion Astros are signing someone known for his durability and run production.

If there was a game, Abreu more than likely found his way into the lineup. His 528 games played since 2019 ranks second in the AL.

When he finally took a day off, then-manager Rick Renteria said: “He said he was going to have to call his mom (Sunday) to make sure she doesn’t get too upset because she sees him as a grinder and he’s got to get out there. And he talks to her, and she’s probably going to be upset he’s not in the lineup. So I said: ‘That’s OK. If you need me to, I’ll talk to her.’”