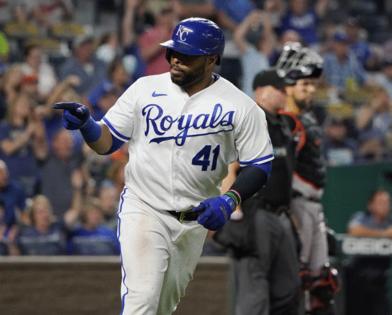 PITTSBURGH — It’s awfully tough at this point to accuse the Pirates of ignoring first base, a disastrously deficient position for them in 2022. What they did Friday also makes a ton of sense from a team identity and leadership standpoint.

By signing Carlos Santana to a one-year free agent deal worth $6.725 million (pending a physical), the Pirates acquired a player with plenty of pop who’s also known for his patient approach at the plate and ability to embrace and handle a mentorship role in the clubhouse.

The latter is something an up-and-coming Mariners team sought from Santana when they traded for him last season, and it’s been the rub on Santana through the 36-year-old’s big league career.

Given where Santana is from — Santo Domingo, Dominican Republic — his Spanish-speaking influence should resonate even more in Pittsburgh, as the Pirates grow up with a young group featuring Oneil Cruz, Roansy Contreras, Rodolfo Castro and Luis Ortiz, all Dominicans.

There’s also intrigue when looking under the hood at how Santana has performed of late.

A switch-hitter who’s certainly not inept with the glove, Santana encountered the most shifts of any MLB hitter in 2022 — 98.3% of the time or in 356 of 362 left-handed plate appearances. What happened wasn’t drastic, with Santana’s weighted on-base average (wOBA) dropping from .295 (without) to .290 when facing the shift.

In 2021, however, Santana saw a pronounced difference, his left-handed wOBA plunging from .534 while facing a regular alignment to .280 against the shift, which will be banned for 2023 and beyond.

It’s not a guarantee, but it’s also not nothing. Especially when considering other parts of what Santana could potentially do for the Pirates.

While hitting just .202 with a .692 OPS in 131 games last season, Santana did have 19 home runs and 60 RBIs. It’s better than anyone they currently have outside of Bryan Reynolds and Cruz.

Santana ranked in the 97th percentile in walk rate, per Statcast. Furthermore, Santana’s strikeout rate was in the 74th percentile, his whiff rate in the 71st and his chase in the 87th. He also hit the ball hard, as evidenced by his 90.7 mph average exit velocity (81st percentile).