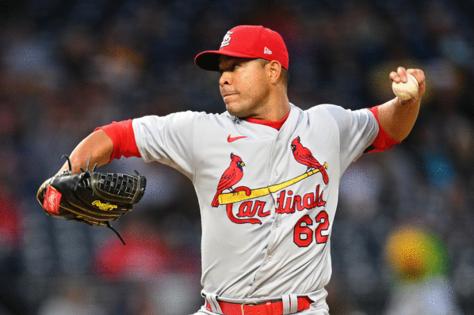 "Not in this ballpark," he said.

As the Phillies evaluate this year's crop of free agent and trade candidates in their annual attempt to cobble together a functional rotation and bullpen staff, it is impossible to separate the pitcher from the home stadium. This is true across baseball, to varying degrees. In few places is it as central a variable as it is at Citizens Bank Park. Every offseason forces the Phillies to confront a paradox. They are a team that needs to find value in the pitching market. Yet the pitching market does not view the Phillies as a great place to provide value.

Consider a guy like Matthew Boyd. You might remember the name from the 2019 trade deadline rumor mill, when the lefty was mentioned as a potential fit for a Phillies team that was in the market for pitching help. At the time, he was in the midst of a second straight season of 31-plus starts, 170-plus innings and a league-average ERA. He would also finish the year allowing a league-worst 39 home runs.

Three years later, Boyd enters the offseason as one of those bounce-back candidates that can be attractive to teams who are looking to add some upside to their books at a minimal up-front cost. After a year-long layoff due to an elbow problem that eventually required surgery, Boyd reemerged in the Mariners bullpen in September and showed enough stuff to make you wonder if he might have a solid next act as a reliever. He held opponents scoreless in nine of his 10 outings, striking out 13 batters in 13 1/3 innings without allowing an extra-base hit. He struck out seven of the 26 lefties he faced. Only five of them reached base.

In short, Boyd has the sort of profile that could be attractive to the Phillies, who currently have five open slots in their bullpen and rotation and few qualified internal candidates to fill them. Sign him to a low guarantee plus incentives, and maybe you get lucky. That's certainly what the Giants were thinking last season when they gave Boyd $5.2 million despite knowing he would not be available for at least the first two or three months of the season. Might a similar deal with a lesser up-front cost make sense for the Phillies?

The more relevant question might be whether such a deal makes sense for Boyd. After all, the Giants play in one of the most pitcher-friendly stadiums in baseball. For a 31-year-old looking to rebuild his value and land another decent big-league contract or two, a place like Oracle Park is a much better place to put up the kind of numbers that would make him more of a commodity a year from now. All other things being equal, why sign up for 81 games in Citizens Bank Park?