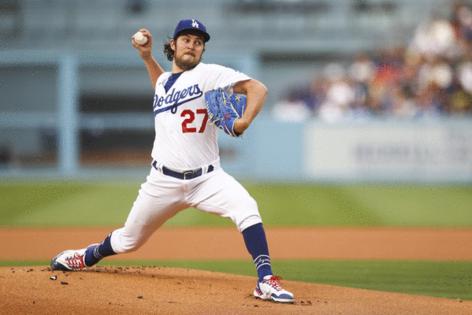 LOS ANGELES — The star pitcher believed he was wrongly accused. He spoke up, and he spoke out. He faced the possibility of prison time. He sued his accuser, and his accuser sued him back.

This is Trevor Bauer today, but this was also Roger Clemens 15 years ago. Clemens did everything he could to get his good name back.

It did not work.

"He'll never be able to clear his name in terms of public perception," Rusty Hardin told the Los Angeles Times.

Hardin was the attorney for Clemens, and he was speaking about Clemens. He might as well have been speaking of Bauer.

This is not a perfect parallel. Clemens was alleged to have used steroids. Bauer has been accused of sexual assault.

When Clemens was identified as a steroid user in the Mitchell Report in 2007, he was 45. His career was over. He embarked on a legal crusade that took eight years to conclude.

Bauer, the Dodgers pitcher, turns 32 in January. He made his major league debut 10 years ago. Even under the best of circumstances, he would have precious few years left in his career.

The arbitrator's decision is expected no earlier than next month. Neither Bauer nor the league have said what specific conduct was deemed to have violated that policy. However, Commissioner Rob Manfred levied a two-year suspension, the longest such penalty under the policy.