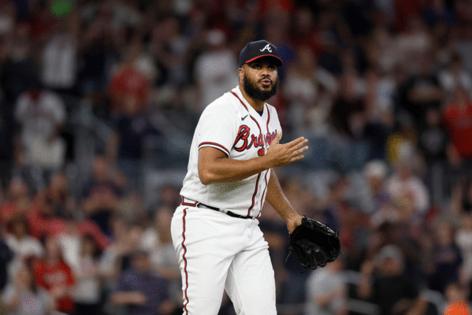 That season, Jansen won the World Series with the Dodgers, who eliminated the Braves before defeating the Rays. The Braves are in position to defend their title, and Jansen is their closer. He wants another ring.

“There’s nothing like it,” he said of the feeling that comes with winning it all.

Jansen has received criticism for some of his nail-biting ninth innings. He has blown seven saves and has walked the tightrope other times. However, Jansen entered Sunday ranking second in baseball with 39 saves. Since his last blown save, he has allowed one run over nine innings, converting all six save opportunities.

Now 35 years old, Jansen is accustomed to baseball’s ups and downs. He rides the wave as well as anyone. If you went on social media and read reactions from Braves fans, you would think he has been terrible this season. He has struggled at times, but what reliever has not? It’s the nature of the game.

“It’s a hard game,” Jansen said. “If it’s easy, everybody would’ve done it and then we won’t talk about it, or you guys won’t write about it. It’s hard. You’ve got to understand that part. I grow from that, too, I feel like. I learn from that.”

Whenever Jansen blows a save or does not pitch well, he sits at his locker and waits for reporters after the game. He is accountable. This season, he has answered difficult questions with poise.

He is used to all of this. The life of a closer comes with blame after rough outings.

Earlier in his career, Jansen took it hard when he struggled. These days, he has perspective.