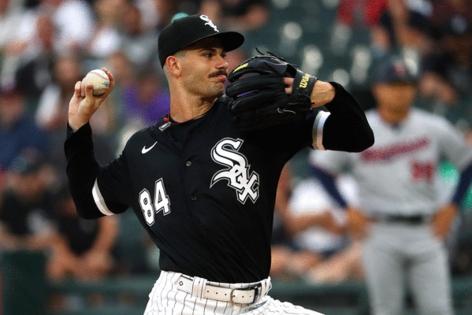 NEW YORK — Although the postseason seedings have yet to be decided, with one notable exception — the National League MVP race — we’ve seen enough to determine the deserving individual honors. Everyone has their opinions, many even have actual votes, but here are our picks for baseball’s 2022 awards (Stats through Friday):

With all due respect to the great two-way Shohei Ohtani, Aaron Judge is the AL MVP for a number of reasons. Not only did Judge put together one of the greatest single seasons in baseball history, he carried the Yankee offense, which sputtered through much of the season. And without him, the Yankees certainly would not have run away with the AL East the way they did. Judge plays every day, leads the majors in nine different categories and is superb defensively in both right and center field. And yes we know Ohtani’s 15 victories are third-most in the AL and his 34 homers fourth. But he did it for a team that is 15 games under .500 and 31 games out of first place. Any other year Ohtani would probably be the MVP, but this year Judge was far more valuable to the Yankees.

The easy choice is Paul Goldschmidt who’s having a career season, leading the NL in OBP, slugging, OPS and total bases as the driving force in the Cardinals’ taking command of the NL Central. But teammate Nolan Arenado has been almost as productive, and if the Mets are able to win the NL East, Edwin Diaz, who’s had one of the most dominant seasons of any closer in history, has to be in the MVP conversation. I suspect, when pushed, Buck Showalter would say Diaz has been his overall most indispensable player this year; that, without him, the Mets would be hard-pressed to even make the postseason. Honorable Mention for Pete Alonso who’s had a monster career season with nearly 20 more RBIs than his nearest NL counterpart, but Francisco Lindor and Jeff McNeil have been equally indispensable to the Mets offense.

Much as we admire 39-year-old comebacker Justin Verlander (major league-leading 17 wins, 1.80 ERA), his month-long injury in mid-August opened the door for the White Sox numbingly consistent Dylan Cease, whose 2.06 ERA going into October was second in the majors to Verlander and set a major league record with 14 straight starts of allowing one or fewer runs. Cease was the one bright light in an otherwise miserably underachieving White Sox season. Besides, Verlander’s already won two Cys and his place as a first-ballot Hall of Famer is secure. How much more does he need?

The Dodgers’ Julio Urias (17-7, 2.12 ERA going into October) has been dominant but most everyone agrees the most feared and best starting pitcher in the National League is Marlins’ workhorse ace Sandy Alcantara (14-9, 2.28 ERA and a major league-leading 228 2/3 innings and six complete games with a bad team). In this day and age we especially appreciate durability. Special mention: Braves’ No. 3 starter, homegrown Kyle Wright, the majors' only 20-game winner.

American League Rookie of the Year