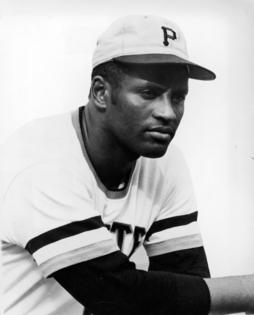 Hank Aaron, Willie Mays, Ted Williams, Mickey Mantle, Stan Musial and Lou Gehrig are all represented in the group of more than 150 bats, many of which never leave a private vault. Shelling, an orthodontist from Boca Raton, Fla., even has his own Instagram account (@TheBatVault) to showcase the lot.

Yet as incredible as Shelling's assemblage of wooden antiquities might be, there's one bat that stands out above the rest: the one Pirates legend Roberto Clemente used to notch his 3,000th hit 50 years ago. Not only for what it means to the Great One's legacy but also the story behind how he wound up with such a rare find.

"Having it gives me chills," Shelling said. "It's surreal. There aren't many stories that have this aura around them."

No, there most certainly are not. Few that can match the decades of questions that have followed the famed bat, either.

The inciting incident in the Clemente bat saga happened Sept. 30, 1972, against the New York Mets at Three Rivers Stadium, after Clemente lunged and hit a breaking ball off left-hander Jon Matlack for a double into left-center field.

As the story goes, Clemente had three bats with him in the on-deck circle — two Louisville Sluggers and an Adirondack with the label scratched away because Clemente had a contract with Hillerich & Bradsby, the former's parent company.

After getting some advice from Willie Stargell, "Pops" telling the right fielder to try a heavier bat, Clemente did — the older of the two Louisville Slugger models. He also left the field with those three bats, throwing into question which one was actually used.

Former Pirates public relations director Bill Guilfoile insisted at one point that he had the bat. So did longtime team photographer Les Banos. Even the National Baseball Hall of Fame has a bat that avid collectors believe isn't the real thing. Stories have proliferated for years about what actually happened to the piece of history.

Around five years ago, Shelling noticed a Clemente game-used bat that was being sold by Heritage Auctions.