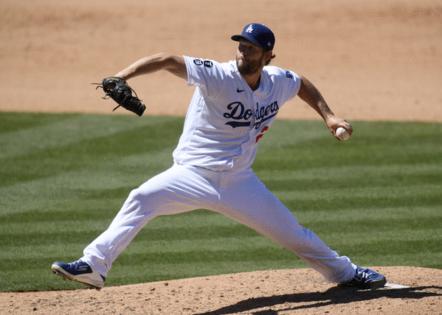 Until then call it the California Cactus League. The Dodgers will follow their 10-1 romp over the Colorado Rockies on Friday night with five more games against those same purple-clad foes. The regular season ends Wednesday followed by five off days with the Dodgers relegated to intrasquad games.

The National League Division Series begins Oct. 11 against the winner of a best-of-three wild card series. While waiting, the Dodgers will spend every day at home, sleeping in their own beds and reporting to Dodger Stadium for duty until hitting the road for Game 3 of the NLDS.

They’ll also have the home-field advantage through the World Series because Friday they clinched the best record in MLB when the Houston Astros lost to the Tampa Bay Rays while the Dodgers game was in progress.

“If you can be home as much as possible is huge,” said Clayton Kershaw, who pitched six scoreless innings and saw his ERA dip to 2.30.

Thinking through how the next two weeks will unfold, the Dodgers (109-48) are struck by the oddity of finishing a historic regular season coasting to the finish line then going dormant while two wild card teams to be determined slug it out.

What seems like a blessing could be a challenge.

“There would be advantages to jumping into it right away, but there also would be disadvantages,” said Justin Turner, who will begin his ninth consecutive postseason with the Dodgers. “We’ve had plenty of years where we’ve had a layoff before that first series. I always wonder, is that a good or bad thing?

In assembling a lineup and utilizing the pitching staff each day, manager Dave Roberts weighs giving regulars ample rest against keeping them sharp.

“There is a little bit (of a desire) to bubble-wrap guys to get ready for the postseason, but there is also the part of it where you are getting ready for another season and you want to be playing good baseball going into that,” he said.